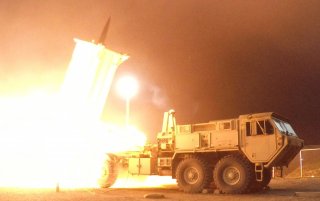 While many observers, lawmakers and Pentagon weapons developers may express some measure of disappointment that the Missile Defense Agency’s 2022 budget request is slightly lower than last year, there is a large focus on innovation and new technologies likely to inspire both attention and praise given the current threat environment.

Michelle Atkinson, the agency’s director for operations, recently explained the nature of these threats in several categories to include the proliferation of ballistic missiles, the growing sophistication of enemy ballistic missiles and what she described as a “blurring” of lines between ballistic and non-ballistic threats, the emergence of hypersonics and the introduction of greater numbers of enemy cruise missiles.

As for the growing sophistication of enemy ballistic missiles, Atkinson said enemy systems are “becoming more mobile, survivable, reliable and accurate, and can achieve longer ranges. New ballistic missile systems also feature multiple and maneuverable reentry vehicles, along with decoys and jamming devices,” according to a Pentagon transcript of her remarks on the budget. She also mentioned the increasing possibility that hypersonic glide vehicles could be delivered by ballistic missile boosters. “These threats can travel at exceptional speeds with unpredictable flight paths. This poses new challenges to our missile defense systems,” she said.

The budget does include provisions for continued production of several key current systems such as the SM-3 Block 1B and 2A for the Navy and Theater High Altitude Air Defense Missiles for the Army. Interestingly, the budget provides for specific funds to better defend Guam in the Pacific region.

While Atkinson did not elaborate in great detail on other specific areas of research and development, however, there are a number of key cutting edge areas of current developmental emphasis such as an emerging hypersonic defense weapon called the Glide Phase Interceptor, new space-operating satellites called Hypersonic and Ballistic Tracking Space Sensor engineered to track hypersonic missiles, the Next-Gen Interceptor intercontinental-ballistic missile killer to advance technology beyond the current Ground-Based Interceptor, and various kinds of laser “power-scaling” aimed at evolving space-functioning laser interceptors to help track or even incinerate approaching enemy missiles.