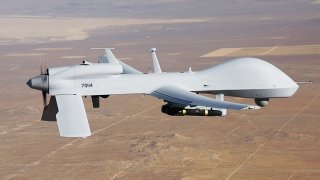 The Pentagon signed off on a major overhaul that aims to reduce risk to civilians in U.S. military operations, according to a New York Times report.

The thirty-six-page action plan, which contains eleven major objectives, seeks to foster a culture in which those who participate in such operations view preventing civilian harm as a core part of their missions. It also orders wide-ranging changes at every level of military planning, doctrine, training, and policy.

“We will ensure that we are well prepared to prevent, mitigate and respond to civilian harm in current and future conflicts,” Defense Secretary Lloyd Austin wrote in a memo to top military commanders and civilian leaders.

“Importantly, this plan is scalable and relevant to both counterterrorism operations and large-scale conflicts against peer adversaries,” he continued.

Marc Garlasco, an ex-Pentagon official who later investigated civilian deaths caused by U.S. military operations for the United Nations, noted that “this is a sea change.”

“It doesn’t mean civilians won’t be killed in war anymore. They will. But if this plan is implemented and properly resourced, it will ensure fewer people will die and create a way for the Defense Department to respond when civilians are killed,” he told the Times.

Garlasco, however, pointed out that the plan did not fully address some other important questions, “including how the military would improve its ability to estimate civilian casualties; how information from outside groups would be incorporated into the Pentagon’s civilian harm assessments; and whether individual officials or commanders would be held accountable for violations.”

Additionally, the plan stayed mum on whether the new initiatives will include reopening or studying past military incidents that led to civilian deaths.

“Investigating and making amends for past harm is critical to achieving the kind of accountability and learning that the action plan rightly strives for,” Annie Shiel, a senior adviser for the Center for Civilians in Conflict, told the Times.

One notable highlight from the plan deals with standardizing reporting on how the Pentagon collects, shares, and analyzes data related to civilian casualties. There will also be more avenues for the public to submit allegations and new procedures for investigating such claims.

Furthermore, the plan expands the ways in which the U.S. military is able to respond to victims, which can potentially include condolence payments to survivors and family members and the repairing of damaged infrastructure.