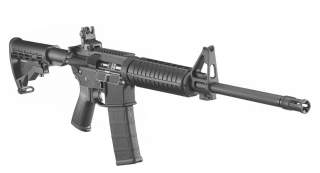 Ruger’s AR-556 pistol, a short-barreled AR-15 designed for one or two-handed operation, delivers rifle-level performance in a pistol-sized configuration.