Mystery Solved: Why Russia's Aircraft Carrier Pumps Out So Much Black Smoke 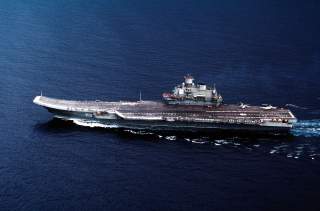