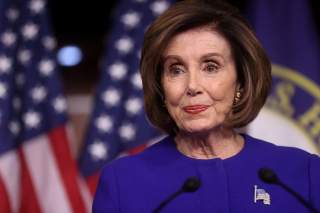 Late last night, just before midnight, Congress unveiled its multi-billion-dollar emergency aid bill, which will attempt to alleviate the strains caused by the coronavirus on the American people.

As explained by Michael Osterholm, director of the Center for Infectious Disease Research and Policy at the University of Minnesota, the coronavirus crisis is likely to last for several months, with people’s work schedules and childcare plans left totally unbalanced. But will partisan conflicts overturn the bill before its passage?

The bill as it stands is the result of negotiations between Secretary of the Treasury Steven Mnuchin and the Speaker of the House Nancy Pelosi. The most substantial part of the bill is the Democrat’s inclusion of paid family leave. Individuals and families would receive three weeks of financial assistance if they’re compelled to remain home due to the virus. Paid family leave has been a longtime goal of progressives for decades.

Also included in the bill are an expansion of Medicaid (an attempt to assist hospitals with the rising cost of patient care), increases to food assistance (many children unable to attend public school stand to lose daily meals), and ensuring that free coronavirus testing will be widely available. The United States has so far restricted testing of the virus, to a much higher degree than other nations.

“[We’ve been] listening to governors, mayors, non-profit organizations, educators, and the rest. This is what families need,” Pelosi informed reporters this morning.

House Republicans, however, who feel sidelined by the negotiations, are opposing the bill in its current form. House Minority Leader Kevin McCarthy has taken issue with the language regarding the paid family leave, which in the bill’s current version contains no exemptions or specified end date, and which will be implemented by the Social Security Administration.

McCarthy has requested at least another forty-eight hours to continue work on the deal and satisfy Republican objections. Congress was set to have a week-long recess next week, a move that McCarthy opposes taking until a bill is finalized to both party’s satisfaction.

“We don’t need forty-eight hours. We need to just make a decision to help families right now, because we need to operate not as business as usual but in an emergency status where we have to get the job done,” Pelosi told reporters. The Speaker favors continuing the congressional recess as planned. “I’m not sticking around because they don’t want to agree to language.”

Despite being negotiated by a member of his cabinet, President Donald Trump has also criticized the bill. “No, there are things in there that had nothing to do with what we are talking about. It is not a way for them [the Democrats] to get some of the goodies they have been able to get for the last 25 years," he said.

Pelosi is adamant that she’ll bring the bill to a vote in the House of Representatives today.