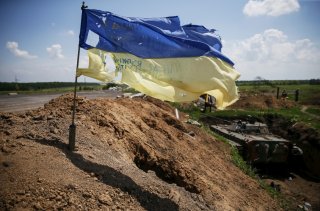 At first thought, there is little similarity between the ongoing Russian-Ukrainian war and the second Karabakh war between Armenia and Azerbaijan. Yet in both cases, Russia and Armenia were driven by similar myths and stereotypes about their opponents which under-estimated them and led to their defeats.

Russian and Armenian nationalists both hold chauvinistic views towards their neighboring Ukrainians and Azerbaijanis. The origins of these views lie in historical myths of ancient histories of Russia and Armenia and their neighbors created by foreign conspiracies (Ukrainians) living on “Russian lands” or of them as recent interlopers (Azerbaijanis) arriving in the region.

In Russian and Armenian eyes there are no Ukrainians or Azerbaijanis. President Vladimir Putin and Russian nationalists have repeatedly said Russians and Ukrainians are “one people” harking back to the myth of a pan-Russian people composed of the three eastern Slavs—Russians, Ukrainians, and Belarusians. Armenians similarly see Azerbaijanis not as a separate people with their own culture but as “Turks.” The failure to see Ukraine and Azerbaijan as real nations was a decisive factor in the failure of Russian and Armenian military aggression.

Russia’s annexation of Ukraine’s Crimean region was followed by Putin and Russian nationalists launching the “Russian spring” which sought to punish Ukraine for overthrowing a pro-Russian president, Viktor Yanukovych. The goal of the “Russian Spring” was to separate Ukraine’s eastern and southern regions which Putin described as “New Russia.” Without this region, the rump of what was left of Ukraine would have become a failed state.

Armenia has supported Nagorno-Karabakh’s separation from Azerbaijan since the late 1980s and in the early 1990s, this led to war between both countries. Armenia’s victory in that war was crowned with the occupation of seven Azerbaijani districts surrounding Nagorno-Karabakh.

Both Russian and Armenian nationalists believed in “greater” Russia and “greater” Armenia by absorbing neighboring territories. Crimea and “New Russia” would become part of the Russian world. Meanwhile, Armenian expansion to the east was justified as a “reunion” of Nagorno-Karabakh with the homeland. Following Armenia’s 2018 color revolution, military leaders spoke of a “new war for new territories” rather than negotiations. Some Armenian nationalists even looked westwards to reopen bitter disquiet at the 1921 Treaty of Kars which ceded what are viewed as “historic” Armenian lands to Turkey.

Russian and Armenian nationalists have blamed others for defeats preventing introspective analyses of the real causes of these military failures. Putin explains the failure of “New Russia” by blaming Western intervention and conspiracies backing Ukrainians in order to limit Russian influence in the Russian world and Eurasia. Russian nationalists blame Putin for not following his annexation of Crimea by annexing “New Russia.”

Putin and Russian nationalists cannot understand the very concept of patriotic Russian-speaking Ukrainians and their loyalty to Ukraine. The loyalty of Russian speakers has never been in doubt and in 2014 they joined Ukraine’s security forces and volunteer battalions that fought Russian Spetsnaz, nationalist mercenaries, and local proxies. Pro-Russian rallies were very small and quickly fizzled out. By August 2014, pro-Russian proxies were on the verge of being defeated and Putin had to invade Ukraine to save them.

Russian nationalists expected Ukraine, which they view as an “artificial” state propped up by the West, to quickly disintegrate when faced by Russian intervention and pro-Russian protests. Russian myths see Ukraine as allegedly a heavily divided country and its Ukraine’s Russian speakers seeking to live within the Russian world.

Diaspora myths have accentuated nationalisms in Russia and Armenia. Since the disintegration of the USSR in 1991, nationalism in the Russian Federation has revived and re-absorbed Tsarist Russian views of Ukrainians kept alive by the White Russian diaspora and émigré Russian Orthodox Church. Émigré Russian nationalists always denied the existence of Ukrainians and believe Ukraine was a product of Western intrigue to weaken Russia.

The Armenian diaspora lobby is especially strong in France and the United States and has been a major player in Armenian politics over the last three decades. All diaspora’s live in the past; the Armenian diaspora perpetrated looking at contemporary relations with Armenia’s neighbors through historical injustices inflicted upon the Armenian people, such as genocide in World War I. This in turn prevented Armenia’s reconciliation with Turkey, encouraged Armenian intransigence in negotiations with Azerbaijan over a Nagorno-Karabakh peace deal, and pushed Armenia into an economic and security alliance with Russia.

Russian nationalists have never believed Ukraine is a serious country and therefore its citizens were not likely to fight tenaciously for it. In 2020, Armenians were still living under the illusion that their army was invincible, and the Azerbaijanis were chaotic and unable to pose a serious threat. In both cases, Russians and Armenians looked down on Ukrainians and Azerbaijanis as lesser peoples unwilling to defend their countries. Russian and Armenian feelings of invincibility turned out to be myths.

Russian and Armenian sense of chauvinistic superiority was complimentary. These feelings were in turn bolstered by the West which was biased towards Russia over Crimea and eastern Ukraine and towards Armenia over Nagorno-Karabakh. Many in the West have long seen Crimea as “always Russian” and there are no international forums where its occupation is under negotiation.

The United States and particularly France, two chairs of the Minsk Group set up to negotiate a peace agreement for Nagorno-Karabakh, never hid their bias towards Armenia. Western accounts of the first Karabakh war tend to show Armenians as having suffered the greatest when in fact one million Azerbaijani’s were ethnically cleansed and the Azerbaijani minority suffered the highest death toll in pogroms.

Myths and stereotypes are not innocent claims which are only found within the world of academia and journalism. As shown in Russia and Armenia, they are drivers of national identities and perceptions of neighbors as not constituting equal and real nations, of foreign policies and military aggression.

Taras Kuzio, Ph.D., is a Professor in the Department of Political Science at the National University of Kyiv Mohyla Academy and a Non-Resident Fellow at the Foreign Policy Institute at Johns Hopkins University. Kuzio is a member of editorial boards of Demokratizatsiya, Communist and Post-Communist Studies, Eurasian Geography and Economics, Central and European Migration Review, and The Ukrainian Quarterly.