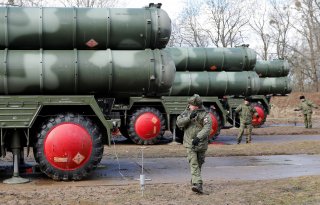 Here's What You Need To Remember: The use of the S-400 as an economic warfare tool cannot be underestimated and is a prime example of Russian Hybrid Warfare against the United States and its NATO allies