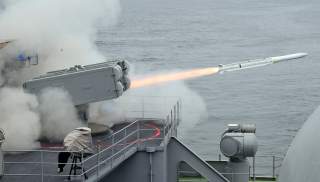 Key point: How hard can it be to hit a missile with another missile?

Kris Osborn, Managing Editor of Warrior Maven, where this was first posted. He can be reached at [email protected].