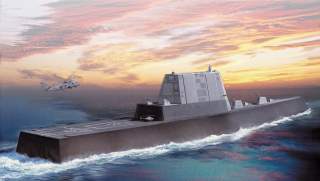 Creating what would amount to an American pocket battleship, operating alone on the high seas in the face of the enemy, is a risky proposition. Still, the concentration of firepower such a ship could bring to bear also makes it an attractive one, and the ship’s stealthy nature, extensive defensive-weapons capability, and America’s lead in military communications and networking all give it an edge in survivability.