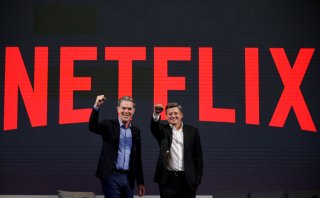 After its highly disappointing earnings report last quarter, Netflix made a decision to crack down on rampant password-sharing.

However, the initial trials regarding this endeavor have not gone smoothly.

Citing a report by Rest of World, “the streaming giant started testing a stricter enforcement policy in March to prevent people from sharing passwords with people outside their ‘household’ in Costa Rica, Chile, and Peru,” Insider writes.

For these trials, subscribers are charged a monthly fee—roughly $2 to $3 in each country’s local currency—to add an extra non-household member to their account.

But when Rest of World spoke with several Netflix subscribers in Peru, they admitted that the details surrounding the policy change were confusing and that they hadn't been subject to any password-sharing enforcement. Apparently, “central to consumer confusion has been how Netflix defines ‘household,’” the news outlet writes.

Rest of World reported that one Netflix representative said that the company was aware that some subscribers thought “household” meant anyone who is part of an account holder’s immediate family. However, the company defines a household as individuals who share a physical place of residence.

“While we started working on paid sharing over eighteen months ago, we have been clear for five years that a Netflix account is for people who live together in a single household,” a Netflix spokesperson told Insider.

The spokesperson added that the company is in the process of notifying users of its definition of a household.

“The millions of members who are actively sharing an account in these countries have been notified by email but given the importance of this change, we are ramping up in-product notifications more slowly. We're pleased with the response to date,” the spokesperson said.

In its last earnings report, Netflix revealed that it had shed 200,000 paid subscribers in the quarter and projected that it would lose two million more in the next quarter. The reported subscriber loss was a first for the company in more than a decade.

The streaming giant still boasts 222 million subscribers worldwide, but the company did acknowledge that figure could be much higher if so many people weren’t sharing their passwords to access Netflix’s subscriber content.

It was estimated that more than thirty million U.S. and Canadian households are using shared passwords; an additional 100 million households are doing likewise globally.

“Our relatively high household penetration—when including the large number of households sharing accounts—combined with competition, is creating revenue growth headwinds,” Netflix said in its shareholder letter.

“Account sharing as a percentage of our paying membership hasn’t changed much over the years, but, coupled with the first factor, means it’s harder to grow membership in many markets, an issue that was obscured by our Covid growth,” it continued.