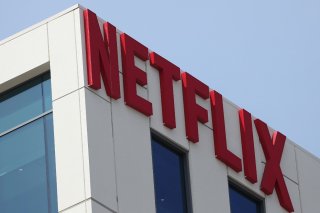 Netflix could begin introducing its cheaper, ad-supported subscription plans by the end of 2022, the New York Times has reported.

In a note shared with company employees, the streaming pioneer’s executives confirmed they are aiming to introduce the ad tier in the final three months of the year—a more accelerated timeline than originally indicated.

The note also said that the company, which currently boasts 222 million subscribers globally, will begin cracking down on password sharing around the same time.

Last month, Netflix reported earnings revealing that the company shed 200,000 paid subscribers in the first quarter and could lose two million more in the second. It was the first subscriber loss for the company in over a decade.

One of the major headwinds negatively affecting growth was the rampant sharing of subscription passwords. The streaming giant estimated that more than thirty million U.S. and Canadian households use shared passwords, while an additional 100 million households are doing the same worldwide.

“Account sharing as a percentage of our paying membership hasn’t changed much over the years, but, coupled with the first factor, means it’s harder to grow membership in many markets—an issue that was obscured by our COVID growth,” the company added.

Per Reuters, Netflix already has started charging users in Chile, Costa Rica, and Peru an additional fee to share their accounts with up to two people. The pricing is different for each country: $2.13 per month in Peru, $2.99 in Costa Rica, and $2.92 in Chile.

“If you’ve got a sister, let’s say, that’s living in a different city, you want to share Netflix with her, that’s great,” Netflix CEO Greg Peters said during the company’s earnings conference call.

“We’re not trying to shut down that sharing, but we’re going to ask you to pay a bit more to be able to share with her and so that she gets the benefit and the value of the service, but we also get the revenue associated with that viewing,” he concluded.

According to a recent poll conducted by Morning Consult, roughly 10 percent of adults admit that they access Netflix’s subscription content with passwords from another household.