Neutral No Longer: Finland and Sweden Could Apply to NATO Simultaneously 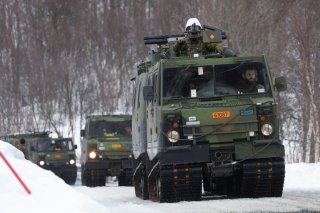 Finnish foreign minister Pekka Haavisto announced on Tuesday that Finland and Sweden could pursue simultaneous NATO membership, although he added that the Finnish government had not established a timeframe for a potential application to join the military alliance.

Haavisto suggested that it was “possible” Sweden could decide to pursue membership on “the same days, or at least within the same week,” as Finland. He added that the two countries would each consult their respective parliaments before making a decision, a process that will probably take several weeks. Sweden and Finland maintained military neutrality throughout the Cold War, but both nations began to reconsider their security posture as a reaction to Russia’s invasion of neighboring Ukraine on February 24.

“There is a before and after the 24th of February,” Swedish prime minister Magdalena Andersson said in mid-April. “The security landscape [in Europe] has completely changed.”

Consequently, Sweden quickly resolved in March to conduct a review of its security policy and re-evaluate its neutral status. Separately, the Finnish government under Prime Minister Sanna Marin indicated that it would make its decision to join or remain neutral “within weeks.”

Public opinion in both Sweden and Finland has historically favored the two countries’ positions of neutrality, but it shifted after the Russian invasion. A poll published in March by Finnish broadcaster Yleisradio Oy revealed that 62 percent of Finns support Helsinki’s accession to the military alliance—a sea change for the country’s population, which opposed joining the alliance by a wide margin in 2017.

Joining NATO would subject both Sweden and Finland to the alliance’s Article V, requiring them to defend their NATO allies in the event of a military conflict. NATO membership also provides mechanisms for weapons deployments, potentially allowing the United States or other European militaries to station missiles within minutes of Russian territory.

The prospect of Finland—which shares a largely-unfortified 800-mile border with Russia and is less than 100 miles from Saint Petersburg—entering NATO led Kremlin spokesman Dmitry Peskov to caution in early April that Swedish and Finnish accession to NATO would lead Russia to deploy further weapons, including nuclear warheads, to its Kaliningrad exclave along the Baltic coast in order to “rebalance the situation.”

However, several Baltic states near Kaliningrad, including neighboring Lithuania, have argued that Russia already has nuclear weapons in the territory.