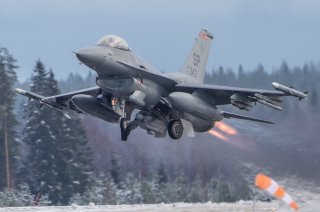 The Social Democratic Party of Sweden, the country’s sole governing party since late 2021, announced on Tuesday that it would conduct a review of Sweden’s international security policy—an indication that Swedish entry into NATO, a previously unthinkable step, will be considered in the coming months.

Sweden is historically neutral; it was one of only a handful of countries in Europe to remain neutral during World War II, although it was surrounded on all sides by Nazi-occupied and Nazi-allied territories. The country also charted an independent foreign policy during the Cold War, refusing to join NATO and remaining outside the European Union until 1995. Public support in the country has historically favored neutrality, and polls favored remaining outside the alliance as recently as January 2022.

However, Russia’s invasion of Ukraine led to a sea change in public opinion, with a clear majority of Swedes favoring NATO accession as a response. The Social Democrats acknowledged this in a statement, underlining that “Sweden’s security position changed fundamentally” after the onset of the Russian invasion. A similar reaction took place in Finland, with more than 50 percent of Finns supporting NATO accession in March for the first time on record.

Support for Swedish accession to NATO has increased across much of the political spectrum. Four conservative political parties in the opposition, including the right-wing Sweden Democrats, also announced that they favored Sweden’s entry into the alliance. The Swedish left-wing, represented by the Left Party and the Green Party, has largely maintained its opposition to NATO membership.

NATO leaders have indicated that they would view Swedish and Finnish accession favorably. NATO secretary-general Jens Stoltenberg announced that the two countries would quickly be approved if they formally sought membership, as their equipment and leadership structures are very similar to NATO’s and would require little adjustment.

However, Russia has condemned the Swedish and Finnish moves toward NATO entry, with Kremlin spokesman Dmitry Peskov calling the alliance “a tool geared toward confrontation” and arguing that “its further expansion will not bring stability to the European continent.”

Finland’s accession to NATO would be particularly alarming for Russia, as the two countries share an 830-mile border. Saint Petersburg, Russia’s second-largest city, is less than 100 miles away from Finnish territory.

Finnish accession to the alliance would likely lead Russia to reposition forces along the border, potentially decreasing the pool of troops available for the war in Ukraine.