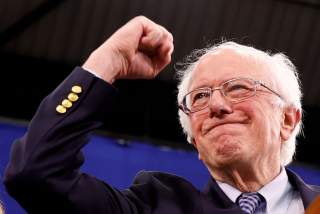 Yesterday the New Hampshire Democratic primary, by filtering the candidates and defining political lanes, succeeded where the Iowa caucus failed. Surpassing the 2016 primary vote by over 25,000 votes, the Granite state is the first actualized testing ground for campaigns.

Repeating his 2016 success, Vermont Senator Bernie Sanders won a narrow 1.5% victory over the field, taking a fourth of the vote. “This victory, here, is the beginning of the end of Donald Trump,” Sanders told his supporters last night, promising to win the Nevada caucus and South Carolina primary before the month is over.

Former Mayor South Bend, Indiana Pete Buttigieg, empowered by the inconclusive result in Iowa, finished a tight second with another quarter of the vote. Buttigieg now leads in the delegate count by one, and congratulated Sanders on his “strong showing” in the state.

The biggest surprise of the evening was Minnesota Senator Amy Klobuchar’s strong third place showing, carrying 19.8% of the vote. Klobuchar’s base of support was long considered Iowa, but her fifth place showing last week was perceived as the end of her presidential possibilities. This last-minute boost of support, which rocketed her forward, is credited to a winning debate performance last week which helped her fundraise $3 million over the weekend. “We have beaten the odds every step of the way,” she told her supporters, and said she would win the presidency with “a movement of fired-up Democrats, independents, and moderate Republicans.”

Coming from neighboring Massachusetts did not help Senator Elizabeth Warren, who came in fourth place and failed to break into double digits. Her speech pitched herself as the candidate most suited to unite both the moderate and progressive wings of the Democratic Party. “We cannot afford to fall into factions. We cannot afford to squander our collective power. We win when we come together,” she said. Despite the twin losses, Warren has both the money and infrastructure to sustain a long campaign.

Joe Biden was not in New Hampshire last night but did a three-minute Skype call with supporters from his launch party in South Carolina. After an embarrassing fifth place finish, Biden was ecstatic to campaign in the south, where he still has broad support among black and Hispanic voters. “When you hear all these pundits and experts, cable tv talkers, talking about the race, tell them: it ain’t over, man. We’re just getting started. Our votes count too. We’re not going to let anyone take this election away from me,” Biden said last night, confident in a comeback. The former vice president has planned numerous campaign events in Nevada ahead of its February 22 caucus.

Billionaire Tom Steyer and Rep. Tulsi Gabbard of Hawaii finished the night with 3.6% and 3.2%, respectively. Both are continuing their campaigns; some polls currently have Steyer in second place in South Carolina, and Gabbard has promised to continue up to the Democratic convention in July.