This New Russian Rocket Could Be a True Tank-Killer 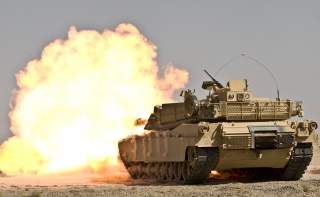