No Normal Helicopter: The Army’s FLRAA Is Built to Improve in Real-Time 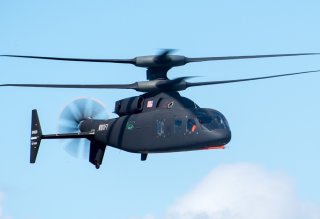 As the U.S. Army moves closer to deciding on which Future Long-Range Assault Aircraft (FLRAA) it may choose, evaluations are heavily focused on upgradeability. This makes sense: the Army has organized its Future Vertical Lift program to seek out an aircraft platform that cannot only successfully operate in today’s threat environment, but also into the 2030s, 2040s, and beyond. After years of toil, the FLRAA program has now entered a sensitive source selection phase, and the Army is deliberating between two specific industry offerings: the Bell V-280 Valor tiltrotor and the Lockheed-Sikorsky Defiant X helicopters. Despite frequently discussing the program’s requirements, mission scope, and desired technological capabilities, the Army has said very little thus far about its ongoing selection process.

The Army and its industry partners have been developing the emerging FLRAA to integrate and capitalize on both currently maturing and forthcoming technologies, including artificial intelligence (AI). This concept requires building the technical infrastructure to ensure rapid advances can be made. Much of this, industry and Army developers explain, can be understood in the context of how AI can process sensor data from otherwise disparate or separate pools of incoming information. Computer automation, using advanced algorithms and various forms of analytics, can quickly process incoming sensor data to identify a hostile fire signature. AI developers often explain that computers are able to much more efficiently organize information and perform key procedural functions such as performing checklists or identifying points of relevance; however, many of those same experts also add that human cognition, as something uniquely suited to solving dynamic problems and weighing multiple variables in real-time, remains indispensable to most combat operations.

Consequently, the kinds of technologies now being emphasized by Bell, Lockheed-Sikorsky, and the Army seek to expedite the success and operational functionality of targeting data, incoming sensors data, and navigational specifics to offer pilots an immediate, informed, organized, and integrated picture of a multifaceted combat environment. Newer AI-enabled algorithms can greatly impact this equation by helping to aggregate, organize, and analyze new incoming information and checking it against a seemingly limitless database to make identifications, assess different variables in relation to one another, streamline data flow, and ultimately “optimize” attacks.

There are also specific “brown-out” sensors designed for what Army developers call a “degraded visual environment,” or DVE. These are technologies such as millimeter wave sensors or other all-weather technologies designed to enable the aircraft to land and navigate in hazardous conditions where visibility is obscured by desert sand, snow, clouds, or fog. Landing in the desert, for instance, can kick up sand to such an extent that pilots can become disoriented and lose their position in relation to the ground. While these technologies’ specifics are not available, they are a large part of the Army and industry developers’ work to establish safety requirements and identify technologies best equipped to perform these missions. There are likely many systems already in place or being tested as part of ongoing prototyping and development.