No One Should Ever Wish for North Korea's Collapse. Ever. 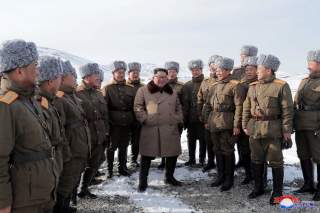 Key point: The future is uncertain, and nowhere is that truer than regarding North Korea.

While most everyone agrees that something must be done about the Democratic People’s Republic of Korea, there is no consensus on what to do. Military action could trigger a destructive war, sanctions might do nothing or trigger regime collapse, and negotiations aren’t likely to result in the Korean Peninsula’s denuclearization.So the present crisis appears insoluble. It’s hard to look into the future when today looks so grim: an unpredictable authoritarian regime bent on becoming a nuclear power and that can be stopped only through the very war which Washington has spent more than sixty-four years deterring on the Korean Peninsula.

At the very least, Washington and Seoul should talk with China about North Korean contingencies. Beijing has refused to publicly do so in the past lest it cause trouble with Pyongyang, which could not be happy with other nations discussing a successor state. However, the interested parties need to ensure that however a crisis evolved, there would be no clash among their respective militaries in a mad rush to grab territory, weapons and population in the North.