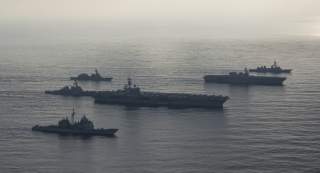 In short, how U.S. commanders arrange forces on the nautical chart and sequence operations will help determine whether a carrier suffers assault from North Korean warbirds, surface or subsurface craft, or antiship missiles.