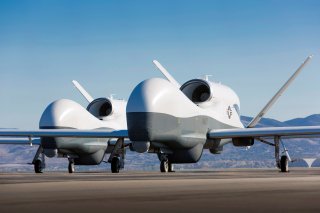 The success of high-speed air-to-air combat engagement accelerated flight into enemy fire against air-defenses, aerial surveillance missions, and precision-strikes on enemy ground targets of course rest upon a pilot’s ability to know a plane’s exact location, movement patterns and angle of attack.

This kind of combat operation is often heavily interwoven with, or even reliant upon, “secured” navigational systems such as GPS and Inertial navigational technologies. GPS, while ubiquitous and critical to military operations, is also known to in some cases be vulnerable to hacking, jamming and various kinds of enemy intrusion. The risk of having combat maneuvers and tactics compromised is therefore significant, a circumstance which continues to inspire widespread Pentagon efforts to both “harden” GPS and establish supplemental and alternative guidance systems.

An emerging, shoe-box size navigation capability is being developed to address these challenges and vastly improve and strengthen what’s known as positioning, navigation and timing (PNT) parameters. Accurate PNT details can of course help pilots precisely determine where they are in relation to surrounding threats and terrain and determine exactly how much they are moving and accelerating through an elaborate, high-tech measurement process.

Planned to first integrate into F-22 jets and E-2D Hawkeye surveillance planes, the box collects data over time, which is continually processed by software able to calculate exactly how much the aircraft has accelerated and moved, establishing a specific trajectory, Brandon White, the vice president of navigation and positioning systems for Northrop Grumman, explained to the National Interest in an interview.

“What we are talking about is a leap in front of a new generation of navigation for the Air Force, Navy and DoD. This makes a GPS solution more robust and also enables high-performance time synchronization without GPS. It can extend the life of operations in a GPS-denied environment and provide precise knowledge of time and position,” White said.

Northrop Grumman is developing an emerging navigation capability that will integrate state-of-the-art inertial technology along with enhanced timing and modernized GPS M-code signals to address these challenges, company officials said.

“When a jet goes to release a weapon, it knows where it is. Knowing where you are and having precise timing is key,” White added.

The application of EGI-M, therefore, seems apparent, introduces several new tactical possibilities, such as a scenario wherein a Navy Hawkeye E-2D surveillance asset might need to operate with precision in an area where GPS networks are either highly-threatened or rendered ineffective. Furthermore, the tactical relevance clearly extends beyond a single, isolated platform as modern operational reality of course hinges upon massive amounts of networking and data sharing. A Hawkeye’s relevance pertains not only to what it can detect but how it can use radio, GPS, datalinks and other networking technologies to share information of pressing operational significance. Perhaps a Hawkeye, having solidified its PNT in a hostile area, can radio navigational and targeting positions to nearby fighter jets, Navy ships, or even space assets.