Nothing Would Terrify Iran More Than This: Israel Getting F-22s and B-52s 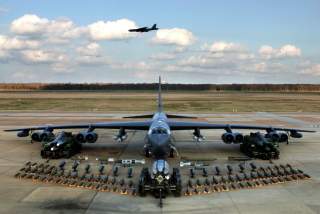 Historically, Israel has preferred fighter-bombers that can conduct both air superiority and strike missions, and the Raptor doesn’t yet have much in the way of a strike profile. However, the IDF purchased the F-15 when it was still primarily an air-superiority platform, then made the necessary modifications on its own to transform the fighter into a devastating bomber.