Nuclear Bomb Backpacks Are a Thing (And 100 Could Be Missing) 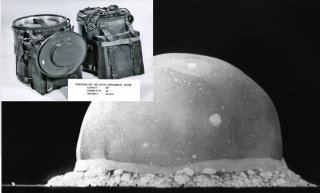