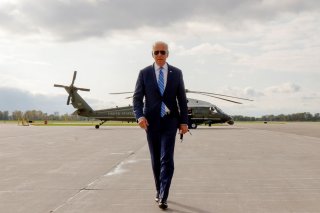 The Biden administration should formulate a nuclear posture review (NPR) consistent with the longstanding, bipartisan consensus on U.S. nuclear strategy—pairing strong nuclear deterrence with robust arms control and risk-reduction measures. Though each new NPR attracts criticism, many correctly recognize the consistency in the broad contours of U.S. nuclear posture for the past several administrations. As such, the next NPR should reaffirm the U.S. commitment to a modernized deterrent and lay out a credible approach to arms control while acknowledging the increasing and novel nuclear threat posed by the People’s Republic of China (PRC).

Across decades of U.S. presidential administrations of both parties, a consensus has emerged that a robust nuclear deterrent paired with arms control and risk-reduction measures is central to U.S. nuclear posture. This pairing is perhaps best exemplified by the 2010 Senate New Strategic Arms Reduction Treaty (New START) ratification alongside funding for the current U.S. nuclear modernization. This combination is far from new; rather, U.S. administrations have recognized the strategic and political importance of proceeding with arms control and modernization efforts since the Johnson administration at the latest, with the 1983 Scowcroft Commission report (which kicked off the last U.S. nuclear modernization) as a sterling example.

To maintain this consensus, the Biden administration should continue with nuclear modernization, including the supplements from the 2018 NPR. U.S. nuclear forces are aging, so it is essential to maintaining deterrence, assurance, damage limitation, and the ability to hedge against an uncertain future that the United States modernize all three legs of the nuclear triad. This includes the B-21 Raider stealth bomber, Long-Range Standoff weapon (LRSO), Ground-Based Strategic Deterrent (GBSD), and the Columbia-class ballistic missile submarine. No less important are efforts to modernize nuclear command and control as well as underlying nuclear infrastructure. U.S. nuclear rivals Russia and China field a large array of non-strategic nuclear weapons with lower yields and shorter ranges. To correct any misperception of an exploitable escalation gap, the deployment of the W76-02 warhead on the Trident II submarine-launched ballistic missile should continue, and the Defense Department should develop and field the nuclear-armed submarine-launched cruise missile (SLCM-N).

The Biden administration should also vigorously pursue arms control and risk-reduction measures like holding strategic-stability talks and including China where possible. Arms control with China will be a challenge, given the PRC’s refusal to engage, and the extension of New START could leave the United States with less diplomatic leverage over Russia. The resumption of strategic-stability dialogues is a welcome first step. The administration should seek to engage China, even if it must settle short of a binding treaty, by, for example, inviting Chinese technical experts on New START inspection visits to familiarize them with treaty-verification procedures. Even if arms control overtures seem likely to fail, demonstrating U.S. good faith is essential to maintaining domestic and allied public support.

The Biden administration has a few options to reduce the role of nuclear weapons while meeting these imperatives. The Interim National Security Strategic Guidance pledges to “reduce the role of nuclear weapons in [U.S.] national security strategy,” and then-candidate Biden made similar commitments on the campaign trail. The Biden administration should not abandon the nuclear modernization plan nor would it be helpful to adopt a no-first-use policy or sole-purpose statement—those measures would alarm allies and would be unlikely to assure adversaries. Instead, the Biden administration can more responsibly reduce the role of nuclear weapons by (further) integrating nuclear and conventional deterrence, identifying current nuclear missions that could be performed by conventional weapons, and using missile defense to stay ahead of the threat posed by North Korea.

The NPR must also address China’s alarming nuclear buildup yet recognize practical constraints for U.S. responses in the next three years. China is slated to double (or perhaps triple or quadruple) its nuclear forces by 2030, according to a Department of Defense estimate buttressed by revelations of hundreds of new Chinese intercontinental ballistic missile (ICBM) silos. These developments come alongside China’s efforts to develop hypersonic weapons, equip its bombers with air-launched ballistic missiles, and increase the credibility of its sea leg. These developments, in sum, put significant upward pressure on the U.S. nuclear deterrent and may make arms control based on the Cold War principle of essential equivalence untenable. However, bound by New START through 2026 and with production lines straining to support existing modernization, a buildup seems unlikely for the three years of policy defined by the next NPR. (A second-term Biden team could conduct a mini-review as the Obama administration did.) Instead, the Biden administration should study options for how to address China’s nuclear buildup and the novel problem of simultaneously deterring two nuclear near-peers.

Mark J. Massa is the Assistant Director, Forward Defense, at the Scowcroft Center for Strategy and Security at the Atlantic Council.