Nuclear Weapons on Aircraft Carriers? Why the U.S. Navy Said "No Way" 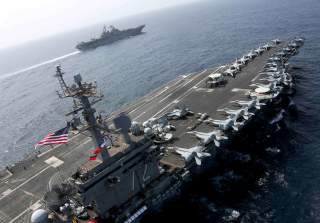 It turned out that plenty of wars were liable to be fought without resorting to weapons of mass destruction.​

(This article appeared in July 2019 and is being republished due to reader interest.)