The Other American Warships Named for the Volunteer State 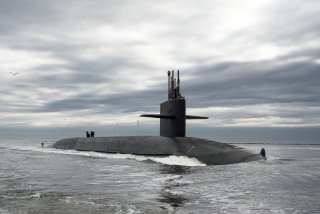 The USS Tennessee (BB-43) was the lead class of battleships built for the U.S. Navy before World War I and was part of the “standard series” of twelve battleships to enter service prior to the Washington Naval Treaty of 1922. It was among the Navy’s warships to come under attack on Battleship Row at Pearl Harbor on Dec. 7, 1941. BB-43 suffered minor damage, which was repaired. It was rebuilt for operations in the Pacific War and remains the most famous warship named in honor of the sixteenth state to enter the Union.

However, the first warship to be named for the Volunteer State was actually the CSS Tennessee, a casemate ironclad ram built by the Confederacy during the American Civil War. Construction on that vessel began in October 1862, and the original plan for the armored warship was to assist in the defense of Mobile, Alabama and even to challenge the Union blockade of the port.

At 209 feet in length and with a beam of 48 feet, she certainly wasn’t as large as the warships to enter service in the following decades, yet for the era, she was an impressive vessel and CSS Tennessee would be the largest ironclad built by the Confederate States of America. Construction of the vessel wasn’t easy, however, given the Union blockade, and her steam engine had been taken from the USS Alonzo Child, a side-wheel steamer that had reportedly once been piloted by author Samuel Clemens (Mark Twain) before the war. Commissioned into service in February 1864, CSS Tennessee served as the flagship of Admiral Franklin Buchanan and his fleet that guarded Mobile Bay.

Service with the Confederate States Navy was short-lived, as she was captured by Union Forces in early August 1864. Still named Tennessee, she participated in the Federal assault on Fort Morgan later that month and subsequently served on the Mississippi River through the end of the American Civil War. She was sold for scrap in 1867.

Two other vessels were also named for the State of Tennessee before the class of battleships was constructed. The first was the Wampanoag-class wooden screw frigate that was built at the New York Navy Yard (later renamed the Brooklyn Navy Yard) during the Civil War, and launched in July 1865. As the former CSS warship was still in service at that point, the vessel was originally named USS Madawaska.

Renamed USS Tennessee in May 1869 and increased in size, she was fitted with new compound back-acting engines capable of developing 3,200 horsepower. However, the frigate was still rigged for sail, as was common at the time. She served as the flagship of the Asiatic Squadron throughout the 1870s and was the flagship of the North Atlantic Squadron. She was the largest vessel in the commission of the U.S. Navy at that time and was known to be a favorite duty station for sailors due to her spaciousness as well as the comfort of her quarters. Time had finally caught up with her and USS Tennessee was retired from service in 1886.

The next warship named for the nation’s sixteenth state was the lead vessel of a class of armored cruisers. Also referred to as “Armored Cruiser No. 10,” USS Tennessee (ACR-10) was built at the Cramp Shipbuilding Company of Philadelphia and commissioned at the Philadelphia Navy Yard in July 1906.

A decade later, in May 1916, the 14,733-ton warship was renamed USS Memphis to honor the largest city in the Volunteer State, so that the name “Tennessee” could be reassigned to the new battleship, BB-43. Tragically just months after being renamed, USS Memphis and the gunboat USS Castine were at anchor in the Dominican Republic when tsunami-like waves inundated the harbor and drove the cruiser ashore.

The waves swamped the warships, and while the USS Castine survived the storm by steaming out to sea, Memphis was wrecked with her lower decks flooded. Along with the loss of the ship, forty-three sailors lost their lives. The wreck remained on the shore of Santo Domingo for twenty-one years until 1937, when sufficient ship breaking capability became available to complete the salvage operations.

Today, there is the Ohio-class ballistic missile submarine USS Tennessee (SSBN-734) in service with the U.S. Navy. Her construction was authorized in the fiscal year 1980 (FY80), and she was commissioned in December 1988. Her motto may sum up the service of the past ships to be named for the state, “America at its Best.”