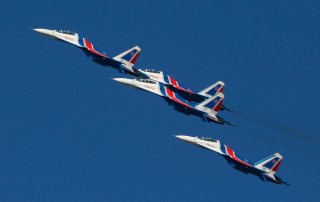 Ukrainian president Volodymyr Zelenskyy shared a video on Wednesday purporting to show the aftermath of a Russian airstrike on a maternity hospital in Mariupol.

“Mariupol. Direct strike of Russian troops at the maternity hospital. People, children are under the wreckage. Atrocity! How much longer will the world be an accomplice ignoring terror? Close the sky right now! Stop the killings! You have power but you seem to be losing humanity,” read Zelenskyy’s tweet accompanying the video.

Mariupol was surrounded by Russian forces in the earlier stages of the ongoing invasion of Ukraine. The besieged city has been subject to Russian airstrikes and shelling on a regular basis, with the Russian military reportedly cutting off heat, electricity, and water in a bid to force the city’s capitulation. Ukraine and Russia have agreed in principle on the need to establish “humanitarian corridors” to facilitate the outflows of non-combatants from hotspots, but all attempts to evacuate Mariupol have so far failed.

Ukraine has accused Russia of repeatedly violating ceasefire agreements and shelling evacuation corridors. It is not immediately clear why Russia would be interested in sabotaging the evacuation of Mariupol; the removal of non-combatants would free the invading forces’ hands to bomb the city indiscriminately and engage in large-scale urban warfare that would otherwise be accompanied by heavy civilian losses. For its part, the Kremlin says that Mariupol’s civilian population is being “held hostage” by “neo-Nazi” paramilitary groups who continue to block all evacuation attempts.

Kiev has called on Western governments for the past week to enforce a no-fly zone over Ukraine. The move would require the West, whether in the form of NATO or individual participating governments, to target and potentially destroy Russian aircraft flying over Ukraine. Russian president Vladimir Putin warned on Sunday that Russia will consider any third-party declaration of a no-fly zone as participation in the war.

NATO secretary-general Jens Stoltenberg rejected Ukraine’s request for a no-fly zone last week, saying that the move could spur a wider European war at a time when the alliance’s overriding goal is to keep the conflict contained in Ukraine.

The decision drew sharp condemnation from Zelenskyy, who accused the West of giving Russia the “green light” to continue shelling Ukraine. "All the people who will die from this day forward will also die because of you, because of your weakness, your disunity,” he said. The Ukrainian government, joined by several U.S. politicians and some foreign policy experts, has continued to demand the immediate establishment of a no-fly zone as the conflict enters its fourteenth day.