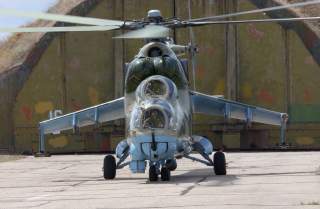 If Rudyard Kipling met Vladimir Putin, he’d have a stern word for that unsportsmanlike Russian chap.

How dare he put his hands on Pakistan! Doesn’t he know the rules of the “Great Game” of the late nineteenth century, when Britain feared that Russian armies would advance out of Central Asia to overrun British-controlled India (which then included modern-day Pakistan)?

But the rules have changed. India, once a Russian ally, is buying weapons from America. And Pakistan, once America’s Cold War ally against the Soviet Union, is becoming cozy with Russia.

“That Pakistan’s army sees Russia as an ally in Afghanistan and Central Asia is a complete turnaround from 200 years of fearing and indeed fighting the ‘bear’ from across the River Oxus,” says Kamal Alam, a visiting scholar at the Royal United Services Institute, a British military think tank.

While Western attention has focused on China building transportation routes through Pakistan as part of Beijing’s Belt and Road economic sphere, Pakistan and Russia have quietly allied to support the Taliban, which is battling the American-supported Afghan government. “Both countries now feel that the U.S.-led war in Afghanistan is a threat to their security,” Alam writes in a RUSI study.

All of which would have Kipling turning over in his “bloomin’ grave.” Even after independence from Britain in 1947, the Pakistani army had continued the British Raj’s policy of maintaining a buffer zone of autonomous Pashtun tribes between Pakistan and an Afghanistan where Russia had a strong influence. When the Soviet Union occupied Afghanistan in 1979, and the Carter administration feared Soviet tanks would seize the Persian Gulf oil fields, Pakistan became the conduit through which America supplied arms to the Afghan rebels. For its part, America tended to back Pakistan against its arch-rival India, including arms and even dispatching an aircraft carrier to the Bay of Bengal during the 1971 Indo-Pakistani War.

So what happened? The Pakistani army has decided “the policy of having a buffer zone with Afghanistan is no longer required as the Russians are no longer a threat to Afghanistan, and by default Pakistan,” writes Alam. Meanwhile, Russia launched a “charm offensive” as far back as 2002, when President Putin offered to mediate Indo-Pakistani tensions over Kashmir. Now, Russia is adroitly taking advantage of the Trump administration’s hardline policy toward Pakistan, including cuts in military aid and suspending training of Pakistani officers, with the training suspension particularly wounding the Pakistani military’s pride.

Alam also believes that “Russia’s performance in Syria is seen as a victory in Pakistan, hence shifting gears to the victor,” Alam told the National Interest. Yet as for Russian bases in Pakistan similar to those in Syria, Alam thinks that is unlikely. “I do not see any Russian bases any time soon, if at all. Pakistan has had a negative impact hosting several U.S. bases in the early days of the War on Terror.”

Nor does he see a Russo-Chinese rivalry to woo Pakistan. “I think at the moment there is Sino-Russian cooperation over Pakistan as this makes it harder for the U.S. both in South Asia and Central Asia,” he told TNI. “At the same time, growing Pakistan ties with Iran also helps Russia and China regionally with regards to challenging the U.S.”

However, as Kipling wrote, "East is East and West is West, and never the twain shall meet." For now, the Russo-Pakistani alliance can only be a marriage of convenience. "Pakistanis are culturally Western because of the British legacy, English language, school system, etc.," Alam says. "So the Russian alliance is not natural. It will take a long time if at all to replace the UK and U.S. as cultural hegemons in urban elites."

As for what the United States can do, America “just has to keep a balance in the Afghan-Pakistan-India nexus. At the moment, from Pakistan’s point of view, the U.S. is singing from the Afghan and Indian book and isolating Pakistan. If the U.S. opens up more and stops military blockade in terms of sale, all shall be well again.”