The Pentagon Has Its Eyes on a New Drone 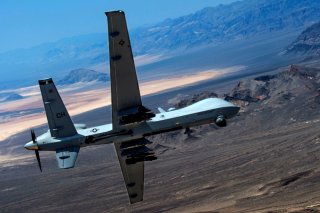 Both contracts, which were awarded separately, cover “the design, development, and flight demonstration in an open architecture aircraft concept to achieve the goals of rapid time-to-market and low acquisition cost,” with both companies’ work anticipated to be completed by October 31st, 2022. The Department of Defense awarded both companies about $17.7 million each and included an option for the companies to increase their payouts to just under $32 million.

Kratos’s statement regarding the award explains that the OBSS will be an entirely new unmanned aerial system. However, like Kratos’s other offerings, it is “intended to be an affordable, highly modular conventional takeoff and landing jet-powered” aerial vehicle.

While details on the new UAVs are murky, Kratos asserted that the “OBSS solution incorporates innovative manufacturing techniques that enhance its ability to not only provide significant performance for sensor extension missions for manned jet aircraft but also will accommodate significant offensive weapons volume to also act as a weapons bay extension for manned aircraft.”

Furthermore, the OBSS is “a new addition to the Kratos family of low-cost Autonomous Collaborative Platforms (ACP) designed to employ weapons, sensors, and other effects that generate affordable, force multiplier combat power with a forward force posture.”

Even less is known about General Atomics’s OBSS. However, the company has a very long track record building unmanned aerial vehicles and has been a prolific designer of UAVs over the last several decades.

General Atomics has also participated in the U.S. Air Force’s Skyborg program, an effort to develop low-cost unmanned aerial platforms capable of flying alongside manned aircraft. Flying in tandem, these expendable aircraft would fly far ahead into contested airspace, finding and assessing threats. In some cases, armed unmanned vehicles could also eliminate threats on their own.

Both General Atomics and Kratos will have to submit prototypes by next year. However, if they exercise the additional funding option, they will have until early 2024 to finalize designs.