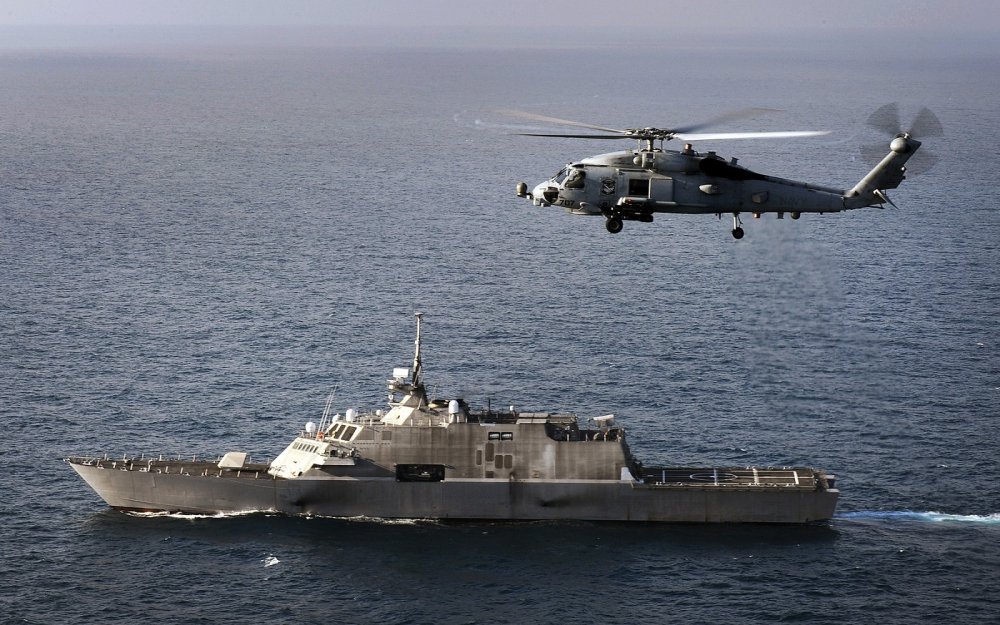 The U.S. Navy plans to install a laser weapon for the first time on one of its Littoral Combat Ships. The installation could boost the LCS’s ability to fight in heavily-defended waters, potentially partially addressing one of the biggest criticisms of the near-shore ship class.

According to USNI News, Little Rock will likely deploy to the 4th Fleet’s area of operations in South American waters.

“Little Rock would be taking on a Lockheed Martin-made 150-kilowatt high-energy laser, as part of a risk-reduction effort between the company, the Office of Naval Research and the Program Executive Office for Integrated Warfare Systems,” USNI News reported. “The effort would contribute to a larger layered laser-defense effort.”

The laser in question appears to be an updated model of Lockheed’s High-Energy Laser with Integrated Optical-Dazzler and Surveillance system, or HELIOS. The Lockheed laser is rated for 60 to 150 kilowatts of output, depending on the power and space that are available on the host vessel.

The Navy around 2015 awarded Lockheed a $150-million contract to begin developing HELIOS. The sailing branch at the same time commissioned Northrop Grumman to develop a 150-kilowatt directed-energy weapon under the umbrella of the Solid-State Laser Technology Maturation program. The fleet also has its own experimental laser, the 60-kilowatt Optical Dazzling Interdictor, Navy system, or ODIN.

All three lasers have deployed or are slated soon to deploy. Workers in late 2019 installed an SSLT-M laser on the San Diego-based amphibious assault ship USS Portland. The vessel’s crew planned to start testing the new weapon beginning in late 2019.

A source in November 2019 provided to Tyler Rogoway, editor of The War Zone, a photo of the Arleigh Burke-class destroyer USS Dewey at the naval base in San Diego. In the photo, Dewey appears to sport an ODIN laser installation on its forward deck.

Little Rock’s HELIOS could help the LCS to defend itself against small boats and drones, complementing the ship’s 76-millimeter cannon. Depending on their configuration, LCSs also can carry 30-millimeter guns, short-range Hellfire missiles and long-range Naval Strike Missiles for surface-to-surface strikes. The ships also feature Rolling-Airframe Missiles for aerial self-defense.

But LCSs still are under-armed compared to similar-size frigates and corvettes in allied and rival fleets.

The recent addition of ship-killing Naval Strike Missiles on newer LCSs somewhat mitigates the dearth of offensive weaponry, and lasers could enhance their defensive suites, but the LCSs still will be alone among American surface combatants in not having vertical-launch cells for anti-air and cruise missiles.

The Pentagon’s disappointment with the ships contributed to the 2014 decision to halt acquisition of the type at just 35 out of the planned 53 ships, with savings going toward a new program to build a conventional missile frigate. The Navy in late 2019 floated a plan to decommission early the first four LCSs, which the fleet uses for training and experimentation.

But those 35 LCSs -- or 31 if Congress approves the early retirements -- eventually could account for more than 10 percent of the Navy’s battle force. The sailing branch must figure out some way to make use of the speedy vessels.

Boosting their defensive weaponry expands the options for the LCS fleet. The better they can defend themselves, the more survivable they are in the most dangerous waters.