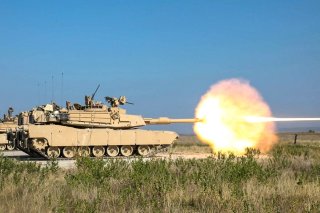 Poland has signed an agreement with Washington to purchase 250 Abrams tanks as Russia’s invasion continues to roil neighboring Ukraine.

"We are strengthening the Polish military, and we are deterring a potential aggressor," said Polish Defense Minister Mariusz Blaszczak in a statement. Blaszczak added that the deal is worth $4.75 billion dollars and that the first twenty-eight tanks will be delivered this year. Polish defense officials reportedly said that the acquisition will enable the country’s ground forces to contend with Russia’s latest tank models, including the next-generation T-14 Armata main battle tank (MBT). The Soviet-era T-72 is by far the most numerous MBT in Poland’s inventory. Warsaw’s more recent procurements include the German Leopard 2A4 and Leopard 2A5 tanks.

The Polish Abrams acquisition was cleared by the State Department in mid-February on the eve of Russia’s February 24 invasion of Ukraine. As the war in Ukraine rages on, Warsaw is seeking further defense procurements in an effort to deter westward Russian aggression. During President Joe Biden’s March 26 visit to Warsaw, Polish president Andrzej Duda asked his U.S. counterpart to "to accelerate, as much as possible, the acquisition programs that are currently being carried out," per Defense News. "Based on the concluded contracts, this year, we are to receive the first Patriot missile systems, and soon also the HIMARS artillery rocket systems, and the F-35 fighter jets of the latest generation," Duda added.

NATO has responded to the Russian invasion with sweeping plans to strengthen its force posture on the alliance’s eastern flank. The head of Poland’s ruling party, Jaroslaw Kaczynski, called for a substantial increase in U.S. troops on Polish soil on Sunday. "Poland would be pleased if the Americans increased their presence in Europe from the current 100,000 soldiers up to 150,000 in the future due to Russia's increasing aggressiveness," he told a German newspaper, as per Reuters. "Of these, 75,000 soldiers should be stationed on the eastern flank; ie, on the border with Russia; 50,000 soldiers in the Baltic states and Poland,"  he added. Kaczynski noted Poland is "open" to hosting nuclear weapons systems on its territory, but that it is not currently under consideration.