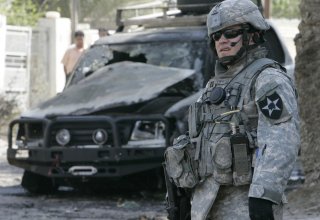 The lieutenant commander of the 8th Coastal Defense Flotilla, G. Lewandowski explained in a Tweet that “the deflagration process turned into detonation. The object can be considered neutralised, it will not pose any more threat to the Szczecin-Swinoujscie shipping channel.”

Caleb Larson is a defense Wwriter with the National Interest. He holds a Master of Public Policy and covers the United States and Russian security, European defense issues, and German politics and culture.