Is a Potential DirecTV and Dish Merger Really ‘Inevitable’? 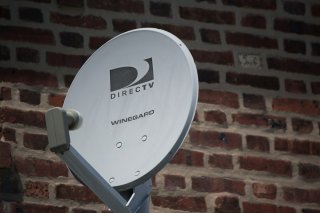 DirecTV and Dish Network are the nation’s two satellite broadcasters, both of which are bleeding subscribers. So it’s widely believed that they will eventually merge with one another.

It’s nearly happened in the past, including an attempt in the early 2000s in which the merger was agreed to but blocked by the federal government. More recently, Dish’s chairman has taken to stating in earnings calls that such a merger between the companies is “inevitable.”

What’s stopped them in the past is antitrust concerns and the idea that a combined satellite company would have no competition, especially in rural areas. But that led to a January report in the New York Post, which stated that Dish and DirecTV were once again in merger talks. When DirecTV was being sold off by previous parent company AT&T in 2020, regulators had warned that antitrust concerns would likely get in the way of a merger. But things had changed by early 2022, including a change in presidential administrations and the building out of broadband and 5G infrastructure that has given more options to those in rural America.

There has been little in the way of news about such talks since January, although on Dish’s earnings call on May 6, an analyst told executives that “it just seems obvious that a merger of DIRECTV and DISH's pay-TV business should be happening, given those market dynamics,” and Chairman Charlie Ergen once again stated that “I've said that DISH and DIRECTV is inevitable.”

In that quarter, Dish announced that it had lost 462,000 net pay-TV subscribers, with both the Dish satellite product and Sling TV posting losses. According to Leichtman Research Group’s year-end cord-cutting report, Dish TV lost 595,000 subscribers over the course of 2021, while Sling TV gained 12,000.

Now, another analyst says the conditions for a merger could be forming. Jeffrey Wlodarczak of Pivotal Research Group, told The Hollywood Reporter this week that with Dish suffering a bad quarter and declining stock price, and seeking cash to build out its 5G network, now might be a good time for a deal with DirecTV. “I think a weakening economy certainly might put some pressure on the parties to reach a deal as it could accelerate the decline of traditional pay-TV,” Wlodarczak told the Hollywood trade publication.