Protect Yourself: 5 Best VPN Services Out There 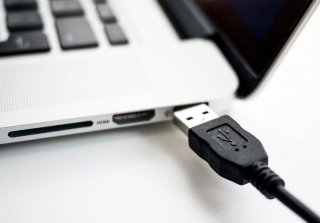 Telecommuting and distance learning have become the norm for millions across the country. But this new way of life can make one vulnerable to hidden risks, such as unwanted surveillance and data breaches.

One way to combat this is by using a virtual private network, or VPN. This relatively cheap tool can add a layer of protection to your online activities and location via encrypted tunnels, and it is a must-have for those who use public Wi-Fi networks.

There are, however, dozens of VPN options to choose from—and even free ones, though it is recommended to stay away from them. To save you the trouble, here are five great options that you can use right away.

First up is ExpressVPN, which is considered one of the fastest VPNs out there on the market. This company places great emphasis on privacy and ensures customers that there are never any logs of their online activities. Boasting VPN servers that are spread across ninety-four countries, ExpressVPN has been going strong since 2009 and really has a track record that you can trust. One of its top annual plans will only set you back $7 a month, which includes three months free.

No. 2 on the list is NordVPN. This company is one of the most recognized brands out there in the VPN market—and rightfully so. Its service offers six simultaneous connections through its network and a dedicated IP option. The kill switch is also fantastic, as it prevents network data from leaking in the event the VPN connection fails. The one-year subscription plan costs $7 per month, while the two-year plan goes for $5 a month.

Up next is StrongVPN, which, like the other two on the list, boasts an airtight commitment to a no-logging policy. This service offers a sizable base of IP addresses, collection of servers and diverse global locations. StrongVPN also operates its entire network infrastructure, meaning you don’t have to worry about bandwidth limits. The monthly plan is $10, but if you go with the annual package, it’s only $70.

In at No. 4 is IPVanish, which provides high-speed secure connections and an impressive list of necessary security features. This particular service really excels at being able to unblock streaming platforms like Netflix, bypassing geo-restrictions and VPN blocks. IPVanish also features a fun interface, and best of all, it only costs $5 a month or $39 a year.

Finally, be sure to check out Surfshark. It does feature a network that is lacking compared to bigger players, but it makes up for it through its robust features. Surfshark lets you have unlimited device support, which means no more worrying about if your device count has exceeded the limit. The service’s software also offers antimalware, ad-blocking and tracker-blocking. Monthly plans start at $12, but if you go for the annual package, it’s $72.