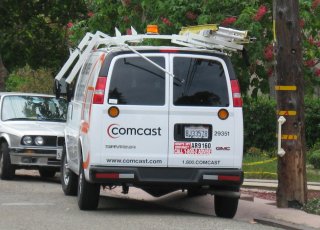 Amid this COVID-19 pandemic, remote workers and distance learners are relying on the internet more than ever.

In order to help minimize the digital divide and give greater internet access to low-income families during this crisis, several internet providers have jumped in, most notably Xfinity, Spectrum and Cox.

Currently, Spectrum is offering free internet service for 60 days to new customers with K-12 or college students in the household. The internet package boasts speeds up to 100 Mbps and the installation fees are waived.

Cox is providing free internet access to new customers with at least one K–12 student in the household who qualifies for public assistance programs. This free deal runs for 60 days ($9.95/mo. after) and the internet’s speed has been temporarily boosted to 50 Mbps, which is offered through the Connect2Compete program.

Xfinity’s Internet Essentials package with speeds up to 25 Mbps is free for the first two months to new customers who are eligible for public assistance programs. It’s $9.95 per month after the initial 60 days.

Moreover, even if you don’t qualify for these programs, the internet data cap from your service provider has likely been waived. Companies that have temporarily paused their data caps include AT&T, Cox, Xfinity and CenturyLink, among others.

The big question is whether these discounted internet packages provide enough speed to customers. If you have access to 100 Mbps, you’re likely good to go, but that doesn’t mean that you’ll always be hitting that lofty figure.

There have been concerns that internet networks are becoming strained and congested by the surge in overall use. According to a recent survey by BroadbandNow, a third of the top 200 U.S. cities have “experienced median upload speed decreases of 20 percent or greater below range of previous weeks in 2020.”

In order to be able to confidently work and take classes from home, experts suggest internet speeds of at least 25 Mbps, but some providers, like Cox, fall far short of providing that in their free/discounted packages. And it looks like Xfinity is right on the border of providing the minimum standard.

The exact number of people who are taking advantage of these discounted packages is still unknown, but it will likely number in the tens of thousands. A recent report by the Federal Communications Commission found that the number of people lacking a connection of at least 25 Mbps download and 3 Mbps upload was 21.3 million in the United States. Of that figure, 4.3 million were in rural America or tribal lands.

According to Common Sense Media, nearly 12 million children nationwide live in homes without a broadband connection.

Editor's note: This piece previously incorrectly said that the Connect2Compete deal only last for 30 days and only offered internet at 15 Mbps.