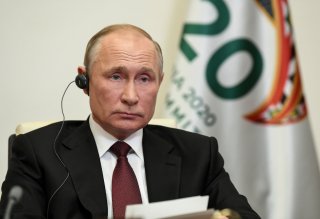 Russian and Indonesian officials on Thursday confirmed that Russian president Vladimir Putin will not be heading to Bali for the G20 leaders’ summit next week, according to a new Axios report.

Yulia Tomskaya, chief of protocol at the Russian embassy in Indonesia, told Agence France-Presse that Russian foreign minister Sergei Lavrov will instead attend the summit. Putin, though, could make a virtual appearance at one of the meetings.

“President Putin’s program is still being worked out, he could participate virtually,” Tomskaya noted.

As reported by CNN, Putin’s decision not to attend the summit in person likely saves him the awkwardness of being confronted by other world leaders over Russia’s ongoing war in Ukraine.

President Joe Biden, who will be attending the summit, said in March that Russia should be ousted from the G20. Last month, when asked if he would meet Putin one-on-one in Bali, Biden admitted that he did not see a good reason to do so, but it would “depend on specifically what he wanted to talk about.”

Amid a series of high-profile military setbacks in Ukraine in recent months, Putin has repeatedly threatened to use his vast arsenal of nuclear weapons. In a speech in September announcing the mobilization of hundreds of thousands of troops to fight in Ukraine, Putin said Moscow was prepared to use nuclear weapons if Russia’s “territorial integrity” was threatened, adding that “we will certainly use all the means at our disposal.”

Last month, international concern was again ramped up when Russia claimed that Ukraine could detonate a “dirty bomb” in an effort to frame Moscow—an allegation dismissed by both Ukraine and Western defense chiefs. The International Atomic Energy Agency (IAEA) said last week that it had inspected three Ukrainian facilities and discovered no evidence of undeclared nuclear activity.

Meanwhile, according to a Wall Street Journal report on Monday, National Security Advisor Jake Sullivan has engaged in undisclosed talks with top Russian officials in hopes of reducing the risk that the war in Ukraine escalates into a nuclear conflict. The news outlet cited U.S. and allied officials who confirmed that Sullivan held confidential conversations with Kremlin aide Yuri Ushakov and Russian Security Council secretary Nikolai Patrushev.