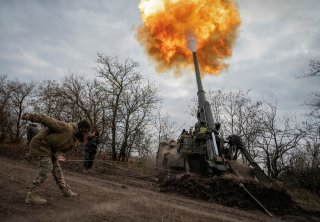 Russia has announced the withdrawal of its forces from Kherson, heralding a potential turning point in the Russo-Ukrainian War.

"Start withdrawing the troops and take all measures to ensure the safe relocation of the personnel, armaments and hardware behind the Dnieper," Russian defense minister Shoigu told Sergey Surovikin, overall commander of Russian forces in Ukraine, in a televised meeting on Wednesday.

Russian military commentators and officials, including Surovikin, said Russian forces in the Kherson area cannot be effectively resupplied.  "I understand that this is a very uneasy decision. At the same time, we will preserve, which is the most important thing, the lives of our servicemen and, as a whole, the combat capability of the group of forces, which is inexpedient to be kept in a limited area on the right bank. In addition, this will release a part of forces and capabilities that will be involved in active operations, including for offensives in other directions in the zone of the operation," said Surovikin.

Natalia Gumenyuk, spokeswoman for the Ukrainian military’s southern command, said the Kremlin’s announcement could be a “psychological operation” aimed at sowing confusion. “The [Ukrainian] defense forces do not rule out provocations by the Russian occupiers and the creation of a false impression about their true intentions.”

Ukrainian presidential advisor Mikhailo Podolyak dismissed Russia’s announcement on Wednesday. “Actions speak louder than words. We see no signs that Russia is leaving Kherson without a fight. A part of the ru-group is preserved in the city, and additional reserves are charged to the region,” he wrote on Twitter. “Ukraine is liberating territories based on intelligence data, not staged TV statements.” It remains unclear what Kyiv officials believe Russia intends to achieve by allegedly feigning a retreat from the region.

Moscow formally annexed the major southern city of Kherson and its surrounding areas in September. The Kremlin has now been forced to sanction a withdrawal from territory it has officially claimed as its own, sustaining not just a military setback but a significant political blow. Russian president Vladimir Putin was conspicuously missing from the televised announcement, which observers say reflects his intention to distance himself from the Kherson withdrawal.

Control over the Kherson region is vital to Russia’s key wartime goal of securing a land bridge to annexed Crimea, which would become more vulnerable if Moscow follows through with the announced withdrawal.