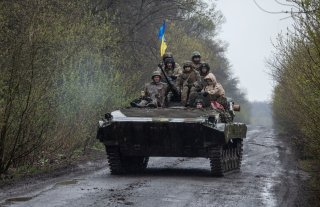 Ukraine has launched a long-awaited counteroffensive in the southern Kherson region, according to top officials.

The scale and scope of Ukraine’s southern assault remain unclear. Kyiv has intentionally shrouded its plans in secrecy, presumably so as not to telegraph battlefield movements to the Russian military. “Anyone want to know what our plans are? You won't hear specifics from any truly responsible person. Because this is war,” Ukrainian president Volodymyr Zelenskyy said. “But the occupiers should know: we will oust them to the border.” Senior Ukrainian officials have cautioned against expectations of rapid Ukrainian progress in the south. “Of course, many would like a large-scale offensive with news about the capture by our military of a settlement in an hour,” wrote presidential advisor Oleksiy Atestovych. “But we don’t fight like that … Funds are limited.”

There have been unconfirmed reports that Ukrainian forces broke through Russian defensive positions along several points in the southern front, though it is unclear how deep they have advanced into Russian-controlled territory. Local Russian-installed authorities recorded over a dozen explosions in the Russian-held town of Nova Kakhovka in the Kherson region as Russian air defense systems reportedly work to intercept incoming Ukrainian rockets, according to Russian state news outlet TASS.

A Ukrainian military source told CNN that the target of the ongoing offensive is the city of Kherson, captured by Russian forces within the first few weeks of the invasion. But the Russian military has steadily reinforced its presence in southern occupied Ukraine over the past month in anticipation for a potential Ukrainian counterattack, with experts previously warning that the window of opportunity for a fruitful Kherson offensive has passed.

Recapturing Kherson, a key regional capital that is strategically situated on Ukraine’s Black Sea coast, would mark a major victory for Ukraine amid warnings by Western experts and officials that the war has reached or is approaching a stalemate favoring the Russian side. In addition to its importance as a vector for control over the Black Sea coastline, Kherson is vital to Russia’s wartime goal of securing a land bridge to the annexed Crimean peninsula. Russian media outlets reported earlier this month that local occupation officials in Kherson are preparing for a referendum in the first half of September to formally join the Russian Federation.