Seven Years After: Reflections on Russia’s Annexation of Crimea 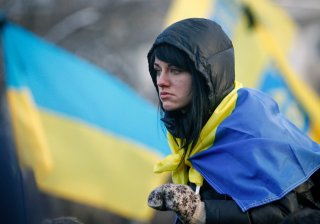 Almost exactly seven years ago, Russia sent shockwaves throughout the world by annexing Crimea on March 18, 2014. This is an event that has reverberated to this day, serving as a precursor to the ongoing conflict in Eastern Ukraine and setting in motion a prolonged standoff between Russia and the West. From sanctions to military buildups to election manipulation, this is a standoff that has taken on global proportions and has shaped the evolution of crises well beyond Eastern Europe, from Syria to Venezuela to the very heart of U.S. democracy.

Russia’s annexation of Crimea seemingly happened with lightning speed. Just after the Euromaidan revolution in Kiev led to the overthrow of Ukraine’s then-president and Moscow-ally Viktor Yanukovych on Feb 22, 2014, anti-Maidan protests broke out the following day in Sevastopol, Crimea’s largest city and headquarters of Russia’s Black Sea Fleet. Within days, the now-infamous “little green men”—or unmarked Russian troops—seized Crimea’s parliament building in the regional capital of Simferopol and took control of strategic sites across the peninsula. A pro-Russian government was installed in Crimea, which ushered in a referendum on the peninsula’s political status on March 16. According to Moscow, 97 percent of people voted for Crimea to become a part of Russia, with a reported 83 percent turnout for the referendum. Two days later, despite protests over the legality of the referendum from Ukraine and the West, Crimea and Sevastopol were incorporated into the Russian Federation on March 18.

How, one might ask, did all of this happen over the course of less than a month? The answer lies in the pivotal weeks of early to mid-February leading up to the overthrow of Yanukovych. I happened to be on the ground in both Kiev and Crimea during those fateful weeks, and during my visits there I received several hints that the writing of Crimea’s annexation was on the wall. What follows is a reflection of my experiences at that time and the broader lessons that I have taken from those experiences, which I believe are more relevant now than ever before.

The View from Kiev

I had arrived in Kiev in the beginning of February 2014. At that time, anti-government protests had already been taking place for several months in Maidan Nezalezhnosti, the city’s central square. Demonstrations were originally triggered by Yanukovych’s decision in late November 2013 to abruptly withdraw Ukraine from negotiations over an association agreement with the European Union and instead integrate more closely with Russia. What started as a small demonstration in Maidan of mostly pro-EU students (thus the name Euromaidan) swelled to mass protests of hundreds of thousands of people when Ukraine’s security forces violently cracked down on the protesters, sparking public outrage. These protests eventually morphed into a permanent presence of demonstrators throughout the Maidan grounds, with protesters calling for the resignation of the Yanukovych government.

With Moscow’s backing, Yanukovych stood firm, and tensions between the government and protesters escalated. The protesters had sprawled out in tents along Maidan and the adjacent Khreshchatyk thoroughfare, with several opposition, logistics, and “self-defense” groups taking over administration buildings throughout the city center. The Maidan grounds, typically a lively area full of pedestrians strolling around its shops and outdoor cafes, resembled a lawless war zone, with hundreds of tents blocking off the street and barricades made of wood, tires, and packed snow manned by intimidating-looking men wearing camouflage and balaclavas.

Over the course of several days, I toured the Maidan grounds along with a local journalist, interviewing the protesters who had set up shop in the tents and administration buildings. It was a motley crew of various persuasions—from traditional opposition party activists to far-right groups consisting of young paramilitary types to villagers from Western Ukraine. They each had their own motivations for being there, but what was clear from my conversations with them was that they all wanted Yanukovych out and they intended to stay in Maidan until that happened.

Outside of the Maidan grounds, the mood in Kiev was also tense and dynamic. I was struck that friends of mine who had been apolitical all their lives had become extremely active and civically engaged. They visited Maidan regularly, bringing offerings to the permanent protesters like food and warm clothing. To them, Yanukovych’s crackdown against the demonstrations had jolted them out of their political apathy, and while many were ambiguous on the issue of Ukraine’s foreign policy vis-à-vis the EU or Russia, they saw the protests primarily as embodying a grassroots movement against a corrupt government. They, too, were determined to see Yanukovych out of power.

The View from Crimea

After spending time in Kiev, I decided to go to Crimea to get a different perspective on the political situation. Being from Ukraine, I knew that the cosmopolitan and Western-leaning capital hardly represented the entire mood of the country, particularly given the political and cultural differences between the Europe-oriented western and central regions and the Russian-oriented east and south. And nowhere in Ukraine was pro-Russian sentiment higher than in Crimea, which had the highest share of ethnic Russians and Russian-speakers in the country (~80 percent). Sevastopol, as a military city that was formerly closed during the Soviet era and retained special status following Ukraine’s independence, had especially stood apart as a pro-Russian bastion.

So, I set off for Crimea on the slow, eighteen-hour train ride from Kiev to Sevastopol in the middle of February, when direct travel between the two cities was still possible. Immediately upon my arrival in the city, the difference in the atmosphere from the capital was striking. Russian military personnel were everywhere, with naval officers in black and army officers in green. Russian was the only language heard in the streets, unlike the balanced mix of Ukrainian and Russian heard in Kiev. There were anti-Maidan signs and billboards littered throughout the city, with slogans like “Crimea is for stability” and “No! Foreign interference!”

When I arrived at my lodging, an apartment building located on Sovietskaya street adjacent to a park with a large Lenin statue, I was greeted by the landlady, a pleasant middle-aged woman. After some casual small talk, I asked her what she thought of the Maidan demonstrations in Kiev. She responded without hesitation that she thought the protesters were all “fascists and terrorists,” adding that “those demonstrations were started and paid for by the US and EU.”

This was a sentiment that was echoed to me by nearly everyone I spoke with in Crimea. From pro-Russian politicians in the Crimean parliament to shopkeepers to medical students, the vast majority of the people in Crimea I spoke to were against the Euromaidan protests in Kiev and in favor of close ties to Russia. The one exception was a Crimean Tatar woman who worked at the Crimean Ethnographic Museum in Simferopol, which detailed the history of the peninsula’s diverse ethnic groups, including Tatars, Russians, Ukrainians, Estonians, Italians, Bulgarians, and Jews. Due to World War II and forced population transfers during the Soviet era, that diversity had faded substantially over the past century, with ethnic Russians making up the majority (60 percent) and Crimean Tatars making up only 10 percent of the peninsula’s population at the time of my visit.

While in Crimea, two conversations that I had with locals from there stood out to me. One was with a deputy head of Crimea’s parliament in Simferopol, who warned that what was happening in Kiev was setting a very dangerous precedent. He spoke against the protesters occupying administration buildings in Maidan and said that they should be dispersed with force. If this did not happen, he said, all options would be on the table for Crimea, including separatism. The other conversation was with a dockyard worker from Sevastopol, with whom I shared a compartment in the long train ride back to Kiev. He repeated many of the claims I had heard throughout my stay in Crimea—that the protesters in Maidan were terrorists, that the United States and EU had organized them, and that security forces must crack down on them. He predicted that if the Maidan protests prevail and Yanukovych is removed from power, there will be a civil war.

One week later, on February 22, Yanukovych was indeed removed from power after the Euromaidan protests escalated into increasingly violent clashes between demonstrators and security forces. Yanukovych fled the country for Russia, and a pro-Western interim government was established in Ukraine. Moscow subsequently annexed Crimea, and armed separatist rebellions sprang up throughout the Donbas region of Eastern Ukraine (from which Yanukovych hails). Now, as the seven-year anniversary of Moscow’s annexation of Crimea approaches, Yanukovych remains in Russia, Crimea remains under Russian control, and the conflict in Eastern Ukraine continues on (albeit at a lower intensity), having cost thousands of lives.

As I reflect on those fateful events in Kiev and Crimea, I am left with a few main lessons from my experiences there. The first is that Russia’s annexation of Crimea was actually predictable. Weeks before Russia took control of the peninsula, I had been told by both officials and regular people within Crimea that the peninsula’s separation from Ukraine and absorption into Russia was a distinct possibility. Looking back, it is now clear that such warnings were not just hypotheticals, but rather hinted at a clear and premeditated plan of action by Moscow if Yanukovych was removed from power. There simply could not have been the swift tactical implementation of Crimea’s annexation—from organizing protests to military deployments to the political transfer of power—without a concrete strategy set in place by the Kremlin.

Why Crimea Matters to America and Asia