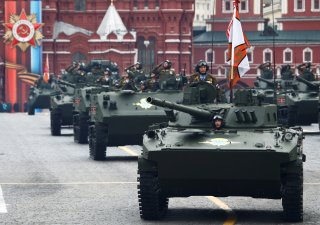 Occupation officials in Zaporizhzhia have announced the date they would like to hold a referendum to join the Russian Federation.

“The elections on September 11 are held in Russia on a single voting day, we are still not de jure a part of Russia. But, of course, we would very much like this,” Yevgeny Balitsky, the Russian-installed governor of Zaporizhzhia Oblast (region), told Russian media. Balitsky reportedly announced Monday that he “signed an order to hold a referendum” on joining Russia.

“The date of the referendum is secondary,” Vladimir Rogov, a member of the regional administration, told Russian news outlet RIA Novosti. “What’s important is the opinion and desire of people to return to their historical homeland in Russia. The population demands to hold a referendum as quickly as possible, but the date will be determined as soon as we can guarantee the region’s safety, freedom of expression, and the transparency of results.”

It is estimated that Russian forces occupy up to 75 percent of the southern Zaporizhzhia region. The city of Zaporizhzhia, which doubles as the region’s administrative capital and accounts for just under half of its population by prewar census data, remains in Ukrainian hands. It is unclear if the Kremlin would be willing to hold a referendum in the region of Zaporizhzhia without control over Zaporizhzhia city.

It was previously reported that the Kremlin is seeking to conduct a series of referendums on occupied Ukrainian territory by September 15. Moscow has been laying the groundwork for the annexations with measures intended to bring large swathes of southeastern Ukraine into Russia’s administrative sphere. Occupation authorities reportedly began handing out Russian passports to locals in Kherson and Zaporizhzhia earlier this summer. Moscow is also sending Russian teachers to captured territories, aggressively phasing out the Ukrainian hryvnia in favor of the Russian ruble, distributing pensions and other welfare payments, and taking steps to broadcast Russian state television channels in parts of occupied Ukraine.

Kyiv officials have repeatedly stated that they will not recognize the validity of any referendums held on occupied Ukrainian territory. Ukrainian president Volodymyr Zelenskyy said in a nightly address last week that there can be no future talks if Russia proceeds with its referendum plans. "If the occupiers proceed along the path of pseudo-referendums, they will close for themselves any chance of talks with Ukraine and the free world, which the Russian side will clearly need at some point,” he said, reaffirming his position that Ukraine will not consider any settlement involving territorial concessions.