Question for the Navy: Is It Time to Build Stealth 'AIP' Submarines? 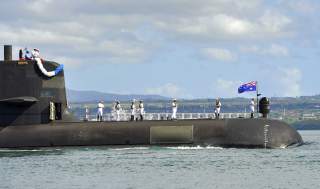 All in all, there is no question that AIP-equipped boats pose a threat, under some conditions, to the large nuclear attack submarines that many great navies have come to rely on. However, this does not necessarily mean that the best response for the U.S. Navy is to invest in these conventional subs.