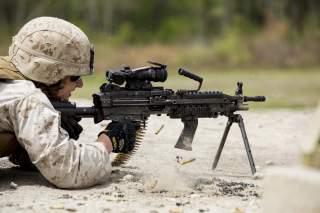 The U.S. Army is determined to modernize its small arms arsenal, and the journey starts with the squad automatic weapon.

The Army is seeking to replace its current M249 Squad Automatic Weapon with a new design incorporating new technologies. The end result will yield a weapon that will shoot farther, more accurately, and weigh less than ever before. The new technology will then spread to other platforms, including Army carbines and other service weapons.

Since World War II, the U.S. Army’s infantry squads have typically included a large caliber automatic rifle or light machine gun for high volume supporting fire. The M1919 Browning Automatic Rifle (BAR) equipped squads during World War II and the Korean War, and the M60 General Purpose Machine Gun fulfilled a similar role during the Cold War and Vietnam. In the late 1980s, the M60 was replaced by the M249 Squad Automatic Weapon.

Based on the FN Minimi light machine gun, the M249 fires 5.56-millimeter ammunition from box magazine and belts. The M249 is not a particularly well regarded weapon; in a 2006 report by the CNA Corporation the M249 scored worst of all shoulder-fired U.S. Army small arms. Among the complaints of soldiers issued the weapon were complaints it was large, heavy and unreliable.

Now, the U.S. Army is looking for a new weapon to replace the M249 Squad Automatic Weapon. According to the Army, the new weapon, tentatively named the Next Generation Squad Automatic Rifle (NGSAR),  “will combine the firepower and range of a machine gun with the precision and ergonomics of a rifle, yielding capability improvements in accuracy, range, and lethality. The weapon will be lightweight and fire lightweight ammunition, improving Soldier mobility, survivability, and firing accuracy. Soldiers will employ the NGSAR against close and extended range targets in all terrains and conditions.”

In June 2018 the Army awarded contracts to six gunmakers to produce a prototype for the NGSAR. Each weapon is to weigh no more than twelve pounds and be no more than thirty-five inches long. The service wants a weapon that can shoot a 3.5 inch diameter grouping using semi-automatic fire at one hundred yards, and a seven-inch grouping at one hundred yards. The NGSAR should have eighty percent less muzzle flash than a M249 and an noise level of 140 decibels or less.

One important feature of the new automatic rifle: the ammunition must weigh 20 percent less than an equal amount of conventional brass cased ammunition. This reflects the Army’s interest in new cased telescoped ammunition, a new technology that uses polymer shell casings instead of brass to create lighter ammunition.

For nearly two hundred years, all pistol and rifle ammunition has essentially used the same technology: a bullet and gunpowder seated in a brass shell casing. The technique is simple, cheap and reliable, which is precisely why it has lasted so long. The downside: while an individual cartridge is relatively light, the weight of brass adds up.

New so-called cased telescoped ammunition replaces the brass shell casing with a longer polymer casing. The bullet and gunpowder are fully enclosed in the casing, resulting in a shorter cartridge. The resulting cartridge is lighter and more compact, making it easier to ship. Soldiers can also carry more of the new type of ammunition in the field.

One of the six gunmakers, Textron, has been working on cased telescope weapons for some time. Textron’s cased telescoped ammunition is 35 to 40 percent lighter than brass-based ammunition and is 30 percent shorter. Textron has also developed two working prototype machine guns using case telescoped ammunition, one chambered in the same 5.56 millimeter caliber as the M249 and the other chambered in 7.62 millimeter, the same as the Army’s M240 medium machine gun.

Textron’s weapons are significantly lighter than the existing weapons—the 7.62mm Cased Telescoped System (CTS) machine gun weighs 14.7 pounds, with 800 rounds of ammunition weighing 31 pounds, for a total weight of 45.7 pounds. By comparison, the M240L machine gun currently in service weighs 21.8 pounds and the ammunition weighs another 51 pounds, for a total weight of 72.8 pounds. That’s a weight savings of 27 pounds, or more than the actual machine gun itself. Textron’s 5.56mm prototype achieves similar weight savings over the M249.

The NGSAR weapon is a precursor to adopting a replacement for the M4 carbine. Any problems with a revolutionary new ammunition, action and feed system will manifest themselves in a new squad automatic weapon/automatic rifle configuration earlier than in a rifle or carbine, due to the high number of rounds such a weapon will fire in testing. Once the Army picks a NGSAR winner, then it can field a lighter, more compact version for individual riflemen. 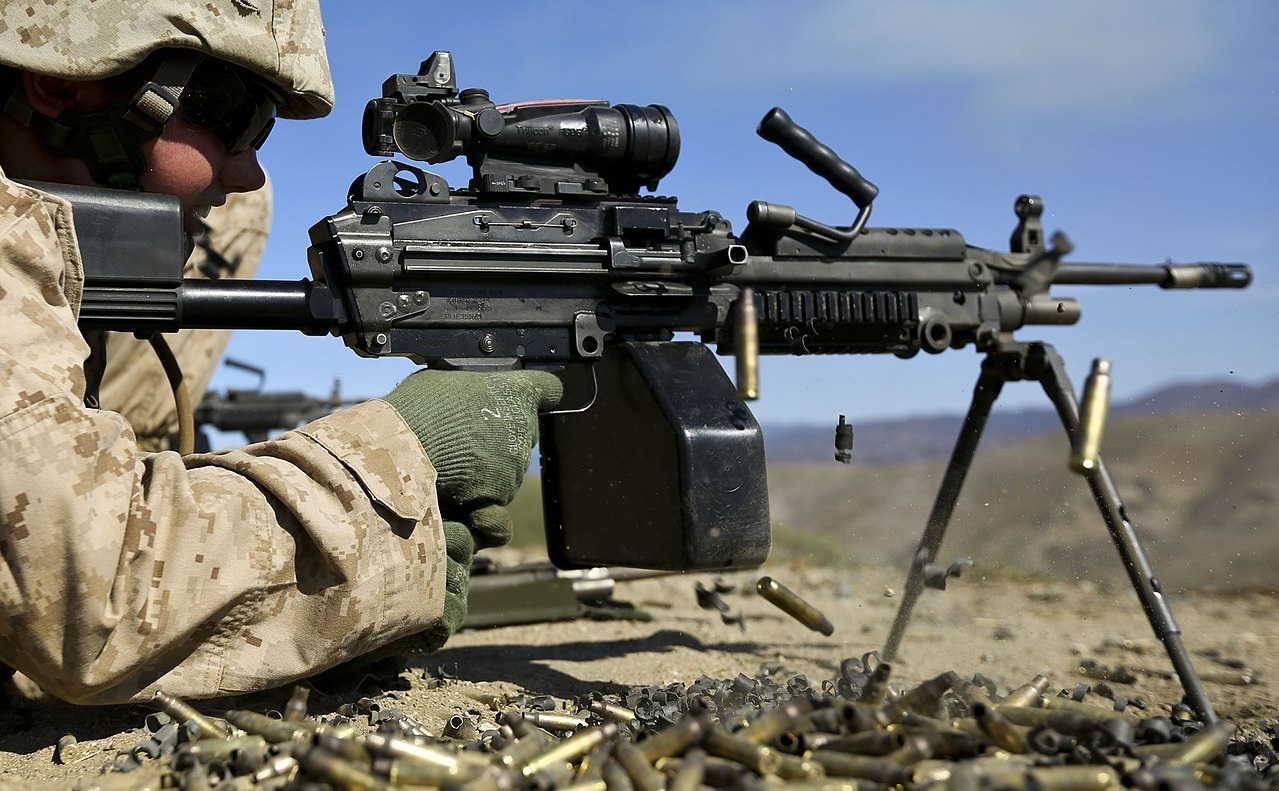 The Army’s emphasis on a light weight and accuracy suggests the service is moving away from the ability to quickly send large amounts of firepower downrange very quickly, instead servicing individual targets with small, accurate bursts of fire. The Marines similarly went this route in 2010, adopting the M27 Infantry Automatic Rifle to replace the M249. The M27 is lighter and more accurate, able to neutralize targets in less time with fewer rounds.

The NGSAR program has global implications. If successful, new technologies adopted by the U.S. Army will gradually spread to other ground forces, although the cheap and ubiquitous nature of brass shell casings means the latter will never completely go away—especially in developing countries. The U.S. Army, typically not fertile ground for revolution, could end up sponsoring a technological revolution in small arms.