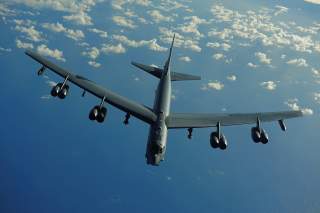 Versatility has been the real story of the B-52. The BUFF was first committed to conventional strike missions in service of Operation Arc Light during the Vietnam War. In Operation Linebacker II, the vulnerability of the B-52 to air defenses was made manifest when nine Stratofortresses were lost in the first days of the campaign. But the B-52 persisted. In the Gulf War, B-52s carried out saturation bombing campaigns against the forward positions of the Iraqi Army, softening and demoralizing the Iraqis for the eventual ground campaign. In the War on Terror, the B-52 has acted in a close air support role, delivering precision-guided ordnance against small concentrations of Iraqi and Taliban insurgents.

Below we present four of our most popular articles in one combined post for your reading pleasure.