RANKED: 5 Best Game of Thrones Episodes Of All Time 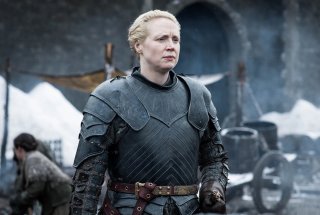 One year ago today saw the premiere of "A Knight of the Seven Kingdoms," which was the second episode of the final season of “Game of Thrones," and one of the best episodes of the series. It was the episode that featured nearly every major character in the series congregated at Winterfell, drinking, and having an all-nighter as the contemplated the battle with the White Walkers, which was to commence the following morning.

The episode featured quite a few memorable moments, from Arya Stark losing her virginity to Gendry, to Brienne of Tarth being knighted by Jamie Lannister, to Theon Greyjoy making a triumphant return to Winterfell, to Jon Snow revealing his true parentage to Daenerys Targaryen, to various characters delivering monologues about how this may very well be their last night alive.

The episode was nearly unanimously praised by fans of the series and by critics, which is significant because it was pretty much the final episode of Game of Thrones that everybody liked. The final four episodes of the series were widely panned by most who loved the show. But regardless of how much the series bungled its endgame, there's no denying that “Game of Thrones” was a great show for most of its run, and that's why it amassed such a great following.

"A Knight of the Seven Kingdoms" certainly deserves to be considered one of the five best episodes of the series; here are the others:

“Blackwater.” The second season finale was the show's first big battle episode, which was such a big deal that the word "Battle" even appeared at one point in the photo for its entry on the HBO Go menu page. Featuring Stannis Baratheon's attack on King's Landing, it was a tension-filled hour that didn't need to rely on over-the-top CGI, like most of the show's subsequent, White Walker-dependent battle scenes. It also featured Tyrion Lannister's "those are brave men knocking on our door- let's go kill them!" speech.

“The Rains of Castamere.” The Red Wedding episode in season 3, of course, which provided the show's most shocking moments, as it killed off multiple major characters in a single, slow-motion massacre. It's the sort of out-of-left-field shock, involving the deaths of sympathetic key players, that the show mostly failed to deliver in its later seasons.

“The Winds of Winter” Speaking of massacres… a strength of 'Thrones' was always that it could set things up and pay them off down the line, and the season six finale did just that, with Cersei Lannister gaining revenge on her enemies by blowing up the Sept of Baelor with just about everyone inside. Even if you're not a Cersei fan, this was satisfying. This was also the episode where Jon Snow became King in the North, while Daenerys finally took off for Westeros.

“The Door.” The heartbreaking episode from the middle of season 6, when we not only see the beloved Hodor die, but get the backstory of his name all the same. Poor guy, he never even got to see Bran Stark become king.