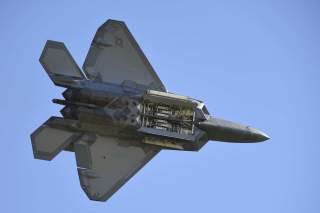 For these reasons, the Air Force wanted a bigger bomber with longer legs that could take off from bases in the continental U.S. and cross oceans to deliver strikes across the globe—as a B-52, B-1 or B-2 can.