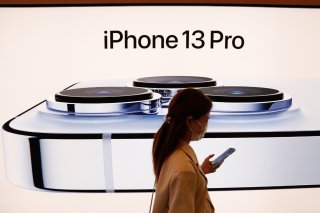 “In the face of inflation and a possible recession, savvy U.S. companies will stay competitive by transforming themselves to navigate a volatile market,” Gary Shapiro, president, and CEO of CTA said in the announcement of the forecast. “Tough times spur innovation. Companies that show novel approaches to rethink supply chains, production, and their products and services will succeed at increasing productivity.”

Indeed, CTA, an industry association that both represents the consumer tech industry and owns and produces each year’s CES, sees its industry as part of the way out.

“Inflation and recession may contribute to the dip, but CTA believes the U.S. technology industry will play a crucial role in mitigating the economic effect of a recession through productivity gains spurred by innovation,” CTA said in its forecast announcement. “Research shows that increased productivity allows an economy to produce more for the same amount of labor.”

Despite the overall dip, smartphones are seen growing this year, to the tune of  $2.175 billion, as 5G models become more popular. By next year, CTA predicted, 84 percent of smartphones will be 5G.

Gaming revenue is also seen rising, to $51.7 billion this year and an additional $52.4 billion next year, thanks in part to “[p]ent-up demand for next generation consoles.”

The smart home is also a growth category, with hardware revenue for such devices seining a 3 percent increase in 2022.

In addition, 4 percent growth is seen for the health tech category.

Despite those bright spots, CTA continues to see trouble from supply chain bottlenecks that aren’t expected to go away anytime soon.