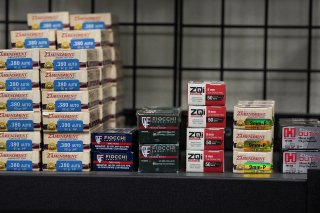 Increased gun sales in 2020 and 2021 have delivered record sums to U.S. conservation efforts. The U.S. Fish and Wildlife Service announced a record $1.5 billion in annual funding through the Wildlife and Sport Fish Restoration (WSFR) Program in a press release on Feb. 11. The funds will be used to support state and local outdoor recreational opportunities, and wildlife and habitat conservation efforts.

The WSFR Program has two funding sources. The first is the Sport Fish Restoration and Boating Trust Fund, which was reauthorized as part of the Bipartisan Infrastructure Law. The Wildlife Restoration Program is the other. The WSFR apportions excise taxes on hunting, shooting, and fishing equipment, as well as on boat fuel in all fifty states and U.S. territories.

“The core value of all WSFR Programs is fostering cooperative partnerships between federal and state agencies, working alongside hunters, anglers, and other outdoor interests, to enhance recreational opportunities while advancing sustainable resource goals,” the press release said.

"Hunters, anglers, and sportsmen and women have some of the deepest connections to nature. For 85 years, this program has been foundational to wildlife and habitat conservation and outdoor recreation throughout the country," said Deputy Secretary Tommy Beaudreau in the press release. "With the historic investments from President Biden's Bipartisan Infrastructure Law and opportunities through the Great American Outdoors Act, these grants will make significant progress in our work to protect our cherished wild treasures."

The Great American Outdoors Act (GAOA), which was signed into law in August 2020, uses revenues from energy development to provide up to $1.9 billion a year for five years to provide needed maintenance for critical facilities and infrastructure in our national parks, forests, wildlife refuges, recreation areas, and American Indian schools. The GAOA also relies on royalties from offshore oil and natural gas to permanently fund the Land and Water Conservation Fund to the tune of $900 million a year to invest in conservation and recreation opportunities across the country.

Those excise tax dollars are distributed to states specifically for conservation work, hunter education and recruitment, shooting ranges, and wildlife research. Thanks to the surge in gun and ammunition sales – as well as archery equipment – some $1.1 billion has been made available for federal grants to states for wildlife conservation and hunter education. A related program for fish restoration brought in almost $400 million.

As Alex Robinson wrote for OutdoorLife.com, "the more guns and ammo that get sold, the more available money there will be for conservation work."

According to the U.S. Fish and Wildlife Service, eligible states will receive WSFR funds through formula-based permanent appropriations. The distribution formulas are based primarily on land and water area and the number of paid recreational hunting and fishing license holders in each state. State fish and wildlife agencies make their own management decisions about how the funds are used.

Currently, WSFR dollars typically fund up to 75 percent of project costs, while most states must provide a matching share of up to 25 percent, usually from state hunting and fishing license revenues.