Renew the U.S.-Latin America Partnership at the 2021 Summit of the Americas 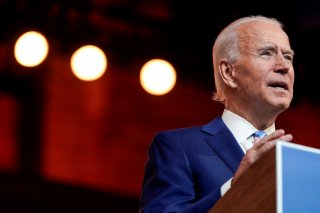 For several years, U.S. policy toward Latin America has been unmoored from clearly defined goals and a broader strategy. However, President-elect Joe Biden has an opportunity early in his term to correct this wayward drift.

The United States will host the next Summit of the Americas in April 2021, providing an excellent platform to advance policy priorities in Latin America and the Caribbean. The Summit should spur serious thinking about a renewed vision for U.S. policy in the region. To fully capture the potential of this triennial meeting, the Biden administration must prepare a significant plan of action.

President-elect Biden brings experience and a set of personal relationships to the region, having served as President Barack Obama’s envoy to Latin America while vice president. While responsible for this portfolio, he traveled to the region sixteen times. Yet, the region is markedly different now than the one Biden navigated then. Most importantly, China is now the main trading partner for a number of countries in Latin America, including Brazil, Chile, Peru, and Uruguay. China is also doing brisk trade with Colombia, a traditional U.S. ally, which recently awarded the development of its long-planned Metro in Bogotá to a Chinese company. U.S. entreaties on minimizing contact with China have fallen on deaf ears.

The region’s economy has also been buffeted by the coronavirus and the outlook is bleak. Even before the pandemic, Latin America experienced sluggish regional growth, underperforming relative to other regions comprised of developing economies. Many countries rely on commodity production and are stuck in the so-called “middle-income trap.” And the void left by the United States provided China with a strategic opening that it has used to bolster its image as a lender for economic development. China now funds infrastructure projects throughout Latin America and the Caribbean—a number of countries belonging to the Belt and Road Initiative—and will soon deploy “vaccine diplomacy” in an attempt to shore up its badly tarnished image after its coronavirus “response.” With Venezuela and Nicaragua fully consolidated dictatorships and several notable cases of democratic backsliding, the region has also witnessed its quality of governance take a nosedive.

It is crucial that the United States address the economic and social crises compounded by the pandemic, as well as the security and governance issues that abound in the region—a tall order. Biden’s offer must account not only for China’s gains over the last decade, but his approach must be more attractive than his predecessor’s and speak to the long-term aspirations of the region. So, what should these policies look like?

Trade: A partial decoupling from China involves extricating supply chains to places in Latin America and the Caribbean that are in closer proximity to the United States. This presents a once-in-a-generation opportunity for Mexico, Central America, and Puerto Rico to replace China as the preferred partner for manufacturing. A concerted political effort and targeted development assistance could serve as the lubricant to facilitate such a transition. Second, the Biden administration would be wise to revisit existing regional trade deals. The Central American Free Trade Agreement-Dominican Republic (CAFTA-DR) was passed in 2005 and, given the dire state of the Northern Triangle and the possibility of an imminent migration crisis, is ripe for renewal. The North American Free Trade Agreement’s successor, U.S.-Mexico-Canada (USMCA) agreement, can serve as a template for re-examining trade deals in Latin America and the Caribbean, especially with its commitment to labor reform and environmental standards likely able to curry bipartisan support. A broader commitment to revisit trade deals could set the stage for the biggest deal of all—the renewal of talks on an elusive hemispheric trade deal.

Special attention to Mexico and Brazil: Biden’s approach to the most populous countries in Latin America will require finesse. Both are governed by populists who held out in recognizing his victory. In the current trade war with China, Mexico has emerged as the United States’ second largest trade partner. However, the strength and dynamism of Mexico’s economy could be at risk because of the severity of its coronavirus outbreak and President Andrés Manuel López Obrador’s (AMLO) commitment to fiscal austerity. Furthermore, the president-elect will need to coordinate migration challenges from Central America and the recent uptick in Mexican migrants attempting to cross the southern border. The Biden-AMLO relationship must be strong since the two will serve concurrent terms for the next four years.

In Brazil, Biden will encounter the most overtly pro-American president since the country’s return to democracy, but he will have to overcome the overwhelmingly negative animus in the Democratic Party toward President Jair Bolsonaro. Bolsonaro’s regrettable statements on democracy and human rights and lackluster stewardship of the Amazon notwithstanding, the United States needs a constructive relationship with Brazil. There is no quicker way to lose Brazil than to threaten “significant economic consequences” if Bolsonaro fails to improve protections for the Amazon, as president-elect Biden did in the first presidential debate. Confrontation should be discarded in favor of points of strategic leverage, such as Brazil’s accession to the OECD. Partnership, rather than confrontation, could allow the United States. to play a constructive role in Amazon conservation efforts without rousing Brazil’s typical sovereignty concerns.

Venezuela: Biden has made clear his desire to negotiate with de facto president, Nicolás Maduro. In doing so, he should be mindful of his inherited position of leverage. Yet, even if Biden manages to pull off what no other negotiation has—a political settlement that sees Maduro heading for the exits—Venezuela will be a source of major concern for at least the next decade. The country is the largest humanitarian emergency in the history of Latin America and the second-largest source of migrants globally after Syria. Those who believe the country can simply leverage its considerable natural resources to a speedy recovery are guilty of magical realism. Venezuela’s complex transition to democracy must also account for the collapse and outright criminalization of the state.

Canada: Playing nice with Canada—in other words, treating Canada as the friend and ally that it is—could possibly be the lowest-hanging fruit in Biden’s Western Hemisphere policy. Notably, U.S.-Canada relations struggled during the Trump administration under a barrage of recriminations, threats, and tariffs on Canadian lumber, steel, and the aerospace industry. Beyond this, the United States should seek the significant opportunities that exist in Canada to access strategic minerals and rare earth deposits. To reduce its reliance on China, Canada should become the Unites States’ main supplier of strategic minerals. Both the United States and Canada would benefit from a strengthened relationship in the minerals sector, which the Canadians mine in a cleaner and more ethical manner. As a symbolic gesture of goodwill, Biden should make his first trip outside the United States to Canada and Mexico, showcasing the importance of the newly-minted USMCA and the North American economic engine. Such a trip would recognize the wellspring of bipartisan support for the USMCA, which passed with the largest number of votes from House Democrats of any trade deal in the last thirty years and herald the rise of North America as an integrated market.

In sum, many of the United States’ aspirations as a country are contingent upon a prosperous, democratic hemisphere. Likewise, much of Latin America’s aspirations require an engaged and open neighbor to the north. A stagnant region rife with political instability is not in the U.S. national interest, but it is a post-pandemic reality many countries in our shared neighborhood could confront if the Biden administration ignores the importance of the Western Hemisphere in the United States’ broader ambitions. Signaling an understanding that the health of our shared neighborhood affects the success of U.S. foreign policy priorities further afield begins when the Biden administration hosts the Summit of the Americas early next year.

Daniel F. Runde is a senior vice president and William A. Schreyer chair in Global Analysis at the Center for Strategic and International Studies.