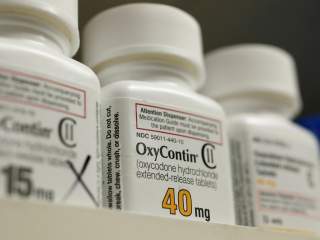 A new study reported in the November 1, 2019 Annals of Emergency Medicine pours more cold water on the false but persistent narrative that the opioid overdose crisis was caused by doctors prescribing opioids to patients in pain.

This prospective cohort study by researchers in the Department of Emergency Medicine at Albert Einstein College of Medicine followed 484 “opioid naïve” patients prescribed opioids for acute pain upon release from the emergency department during a six month period. The statewide prescription drug monitoring program was employed in addition to regular follow up telephone interviews. One percent (five patients) met the criteria for persistent opioid use by the end of the follow up period. Four of the five patients still had moderate or severe pain in the affected body part six months after release from the emergency department.

The study comes after a much larger retrospective cohort study reported in the BMJ of more than 568,000 opioid naïve patients prescribed opioids for acute postoperative pain between 2008 and 2016. Investigators found a total misuse rate of 0.6 percent. The researchers defined “misuse” as follows:

The primary outcome was an ICD-9 (international classification of diseases, ninth revision) diagnosis code of opioid dependence, abuse, or overdose…Opioid misuse was defined as the presence of at least one of these ICD codes after discharge and encompasses a composite of a wide range of forms of misuse. We included only diagnosis codes related specifically to prescription opioids.

As previously reported here and here, there is no correlation between opioid prescription volume and non-medical use or opioid use disorder among persons age 12 and over. But policymakers and law enforcement continue to pressure health care practitioners into undertreating patients in pain. At a recent international breast cancer conference experts stated the under-prescribing of opioids to breast cancer patients in the U.S. is now comparable to treatment in third world countries.

Recently the Centers for Disease Control and Prevention, in a written clarification, stated that policymakers and legislators are misapplying and misinterpreting its 2016 opioid prescribing guidelines. The CDC statement pointed out that its guidelines were never intended to be “prescriptive,” but were meant to serve as a rule of thumb, recognizing that providers know their patients’ situations best, and should weigh risks and benefits when treating individuals in pain.

Despite the recent exhortation from the CDC, most states and many pharmacies maintain the limits on the dose and number of opioids that can be prescribed to patients that were put into effect in response to the 2016 CDC guidelines.

Meanwhile, as prescription volume precipitously drops, the overdose rate continues apace, with fentanyl and heroin now making up the overwhelming majority of overdose deaths. And now methamphetamine is making a comeback as a major cause of drug deaths—15 years after Congress addressed the “meth crisis’ with the Combat Methamphetamine Epidemic Act.

Until the war on drugs comes to an end and the focus shifts to harm reduction, the only thing that will change going forward will be the particular drug responsible for the latest “overdose crisis.” That should be the narrative.