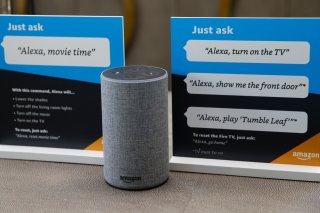 According to the NPD Group’s Evolving Ecosystem Report, purchases of smart speakers have risen nearly 40 percent since 2020. On top of that, the use of home automation products has doubled in the same amount of time.

“While two years ago the goal of ecosystem brands was to convert consumers who hadn’t yet adopted the technology, that has shifted to growing the existing base, which can be done by focusing on synergy among brands rather than strictly competing,” Eddie Hold, president of the Connected Intelligence practice at NPD, said in the release.

“As we look to newer categories like smart appliances, it will continue to become more important and mutually beneficial for brands to make products versatile enough to be embraced by owners of different ecosystems rather than trying to have a product in every category,” he continued.

In the first quarter of 2022, as part of its Smart Speakers and Screens service, the research firm Strategy Analytics reported that the total global smart speaker and smart display shipments dropped 5 percent year over year, which was attributed to the war in Ukraine and semiconductor shortages. Amazon led the way with 9.9 percent of the market, followed by Google with 6.1 percent, Apple with 4.5 percent, and Alibaba with 4.3 percent. Apple jumped to the third spot due to its Chinese rivals losing share.

“Strategy Analytics forecasts a market reset into calendar 2023 as two market dynamics emerge,” Jack Narcotta, principal industry analyst, Smart Home, Smart Speakers, and Smart Displays, said in that release. “First, in the US market, smart speaker and smart display penetration rates are approaching a state of market saturation, and the market is shifting from new customer acquisition to add-on or replacement sales which historically have longer sales cycles. Second, in China, slowing the surge in COVID-19 will take time, and compounded with the ongoing component shortage, economic recovery will be hampered until at least mid-2023.”

A report this week by Bloomberg stated that Apple is bringing back a version of its original, full-size HomePod, which is likely to arrive in 2023. The HomePod “will be closer to the original HomePod in terms of size and audio performance, rather than a new HomePod Mini,” Bloomberg said.

Apple has only sold the HomePod Mini since discounting the original in 2021.