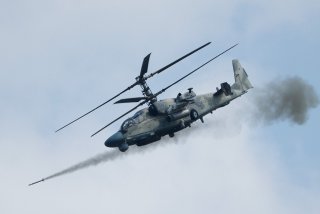 Two people died after a projectile struck the Polish border village of Przewodow, according to Polish media reports. Polish prime minister Mateusz Morawiecki called an emergency government meeting amid reports of the blast.

“Latest news from Poland is most concerning,” tweeted the Estonian Ministry of Foreign Affairs. “We are consulting closely with Poland and other Allies. Estonia is ready to defend every inch of NATO territory. We’re in full solidarity with our close ally Poland.” Polish media posted what was described as an image of the impact, depicting an upturned farm vehicle. Polish military expert Jarosław Wolski said the crater in the photo “is almost certainly from a missile,” all but ruling out suggestions that the blast could have been caused by an accident at a nearby grain silo, according to news outlet Visegrád 24.

The Pentagon said on Tuesday it cannot confirm reports of Russian missiles crossing into Poland. “We are aware of the press reports alleging that two Russian missiles have struck a location inside Poland near the Ukraine border. I can tell you that we don’t have any information at this time to corroborate those reports and are looking into this further,” Pentagon spokesperson Brig. Gen. Patrick Ryder said during a news briefing, according to Reuters.

Moscow denounced the reports as a “provocation” on Tuesday. “The statement of the Polish media and officials about the alleged fall of ‘Russian’ missiles in the area of the settlement of Przewodow is a deliberate provocation in order to escalate the situation. No strikes were made against targets near the Ukrainian-Polish state border by Russian military capabilities,” said the Russian Defense Ministry, according to state news outlet TASS.

Reports of the deadly incident close to the Polish-Ukrainian border followed what Ukrainian officials described as the heaviest Russian missile strikes on Ukraine since the war began. Lviv, Kryvyi Rih, Odessa, Mykolaiv, Zhytomyr, and the capital city of Kyiv were struck, leading to widespread power outages. “This is the most massive shelling of the power system since the beginning of the war,” Reuters cited Energy Minister German Galushchenko as saying. Ukrainian officials said over 100 missiles were launched in the Tuesday attacks, dwarfing Russia’s large-scale October 10 strikes on Ukrainian infrastructure.