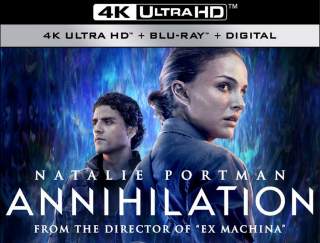 I will admit, I am a really late adopter to the streaming era of video entertainment.

I have subscribed and unsubscribed from Netflix more time than I care to admit. Until the last six months or so, I was just not into it streaming.

Part of the reason is likely a major bias on my part. I worked for a cable company for over a decade that was ransacked thanks to the competition—think Verizon Fios—and now with over-the-top streaming services making waves and cord-cutting becoming ever more popular, I felt a sense of loyalty.

But there is a bigger reason why, until recently, streaming was not a big part of my entertainment mix: my love affair with my 4K Ultra HD Blu-ray player. Well, OK, I have three of them. Please don’t judge. OK?

And, until recently, I considered it the ultimate way to get 4K content in the best possible format to take advantage of my TVs’ HDR capabilities. Xfinity offers very little in the 4K realm and I always have considered their standard HD picture quality—compared to 4K movies on 4K Ultra—horrible looking. Many times I don’t even use the cable connection—I opt for the app-based version of Showtime and HBO when I watch Billions, Homeland or Succession. When I power up my OLED, QLED or TCL 6 series TVs, I want the best picture experience—and I think that is 4K Ultra.

There is also the sound. Until recently, Dolby Atmos was only widely available from my 4K Ultra player. And let me tell you, if you have not experienced Atomos take a ride to your local electronics store, it is quite amazing. Nothing can touch it—for $600 and up you can get a cinema level sound experience that will make your friends and family jealous, to say the least.

Sadly, my reasons for sticking with 4K Ultra are fading away. In fact, I have not purchased a new title in months. And, I would suspect, others are doing the same for quite a few reasons. Here are a few that are guiding my own purchasing decisions.

1. 4K Is Coming to Streaming in a Big Way: Netflix has more and more titles in 4K, as well as other streaming services. Sure, not every title, but many of the top movies people watch and love.

2. Better Sound on Streaming: With an overall upgrade in sound coming to Netflix not too long ago, I suspect this eliminates for many the need to buy a physical disk. You can even find Atmos tracks for many movies now.

4. The Oldness Factor: Many younger consumers just look at physical media how I would view a VHS tape—simply obsolete. Why bother when streaming is the future? I hate to say it, I completely agree.

5. I Spend a Lot on Streaming Services: I pay for Netflix, Disney+, CBS All Access and Amazon Prime. With all of that content, paying for disks does not sit right anymore.

Anyone wanna buy a few used 4K Ultra players? Just kidding, but I know I most likely won’t buy that many more new titles. Although, I would recommend the last season of Game of Thrones on Ultra 4K—watching the Battle of Winterfell on HDR is a must. On cable, it looks so compressed it takes away from the experience.